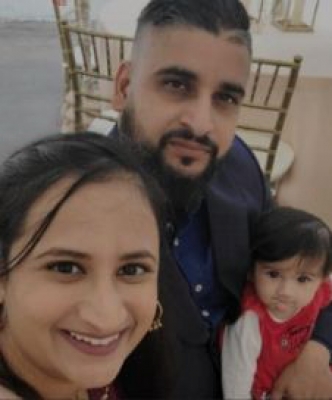 New Delhi: An India-origin couple, their adult relative and an eight-month-old child were kidnapped from Merced County in California, US, authorities said.

Merced County Sheriff’s Office on Monday, said in a statement that 36-year-old Jasdeep Singh, 27-year-old Jasleen Kaur, their eight-month-old child and relative 39-year-old Amandeep Singh were taken “against their will from a business.”

They have asked for public’s help in locating the four missing persons.

“He (the suspect) is described as a light-complected male with a shaved head. He was last seen wearing a hoodie. We consider the suspect to be armed and dangerous,” it added.

Merced County Sheriff’s Office also shared a photograph of the suspect on its Facebook and Twitter handle.