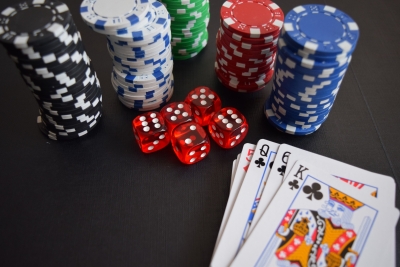 Indian-origin man gets jail for stealing cash chips in Singapore

Singapore: An Indian-origin man was sentenced to five weeks’ jail on Friday for stealing cash chips from other punters on 34 occasions at a casino in Singapore.

Chinnasamy Muniraj, 26, who is a construction worker, went gambling at Marina Bay Sands Casino, and stole cash chips worth S$845 on 34 occasions between July 10 and 14, Channel News Asia reported.

He pleaded guilty to one count each of stealing and fraudulently obtaining cash chips worth S$175 (US$126) as winnings for himself when the winning bet belonged to another gambler.

He stole cash chips from other patrons after using up all of his own cash chips. He would either do this by simply removing the chips or shifting the players’ chips to other bets in the games he was playing, the court heard.

At about 1 am on Jul 10, he was at the casino playing a game of “Sic-Bo”. He then lied to the dealer that a winning bet of the game belonged to him. He successfully obtained cash chips with a total value of Singapore dollars 175 as winnings for himself as a result. The winning bet had actually been made by another gambler.

Chinnasamy, who was arrested on July 14, admitted to his crimes after the police confronted him with closed-circuit television footage.

For theft, he could have been jailed up to three years, fined, or both.

For fraudulently obtaining cash chips for himself in a casino game under the Casino Control Act, he could have been jailed up to seven years, fined up to S$150,000, or both.