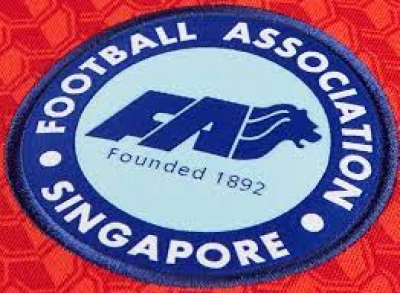 An Indian-origin man was sentenced to four months’ jail in Singapore on Friday after he pleaded guilty to his role in cheating the Football Association of Singapore (FAS).

Singapore: An Indian-origin man was sentenced to four months’ jail in Singapore on Friday after he pleaded guilty to his role in cheating the Football Association of Singapore (FAS).

Shankar Suppiah, 45, who admitted to five counts of cheating, was the sole proprietor of All Resource Network (ARN), which has specialised in event management and the sale of sporting and recreational goods since 2017. At the time of the offences, ARN was a supplier of the FAS, which is Singapore’s governing body for football and is responsible for advancing the sport here and managing the national team, The Straits Times reported.

Rikram Jit Singh was handling commercial and business development as FAS Deputy Director, while his wife, Asya Kirin Kames set up ARN in 2014, before Suppiah took over as its sole proprietor. Singh and Suppiah are childhood friends.

FAS regulations prohibit business transactions or contracts between those in positions of conflict of interest.

“In order to conceal such conflict of interest from FAS, Rikram Jit asked Shankar to take over as sole proprietor of ARN, although he and Asya would continue to manage the company,” the paper quoted Deputy Public Prosecutor Victoria Ting, as saying.

Suppiah agreed to the arrangement so that ARN could continue dealing with the FAS. He did not earn a salary for his role in ARN. Suppiah was also asked to open a corporate bank account under ARN’s name. While he was the sole owner and signatory of this account, it was managed by Rikram Jit and Asya, the court heard.

Singh and Asya were each charged with 45 counts of cheating in December 2020.

Before meting out the sentence, the Principal District Judge noted that Suppiah did not benefit financially from the conspiracy and accepted that he was genuinely remorseful for committing the offences.