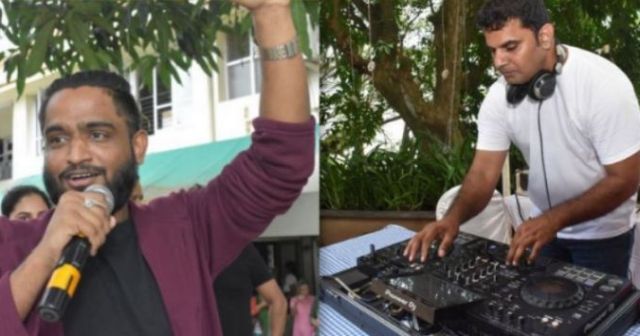 Mangaluru: The Magician of this era, known as “Praveen Nair Mentalist”. The Modern magician believes in plucking thoughts out of people’s minds instead of pulling a rabbit out of a hat. Praveen Nair specializes in Mentalism & Hypnosis, also known as Magic of The Mind which is a beautiful amalgamation of psychology & magic. And such a professional was here in Mangaluru to hypnotize the crowd that had gathered in large numbers at Mangalore Club on a bright and sunny Sunday afternoon till late at night. While Praveen Nair HYPNOTIZED a bunch of revellers at the Gig, Dj Kiran Fernandes mesmerized the rest of the crowd belting out the best dance hits of today. 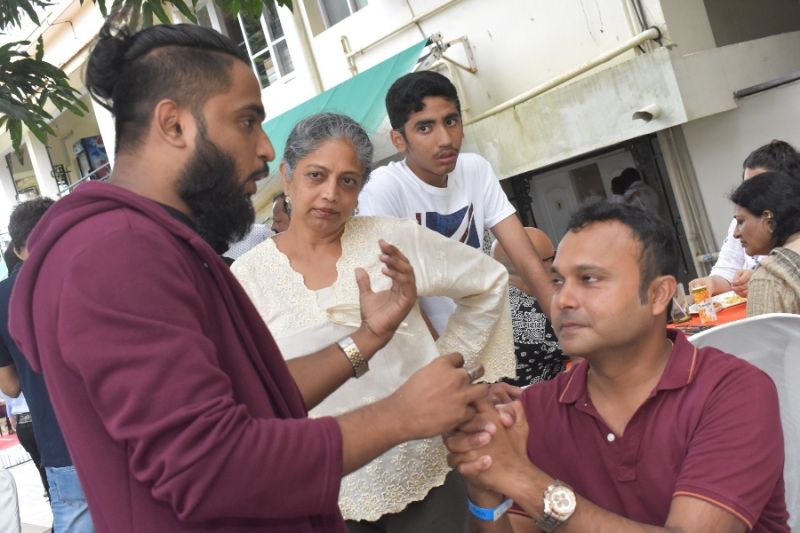 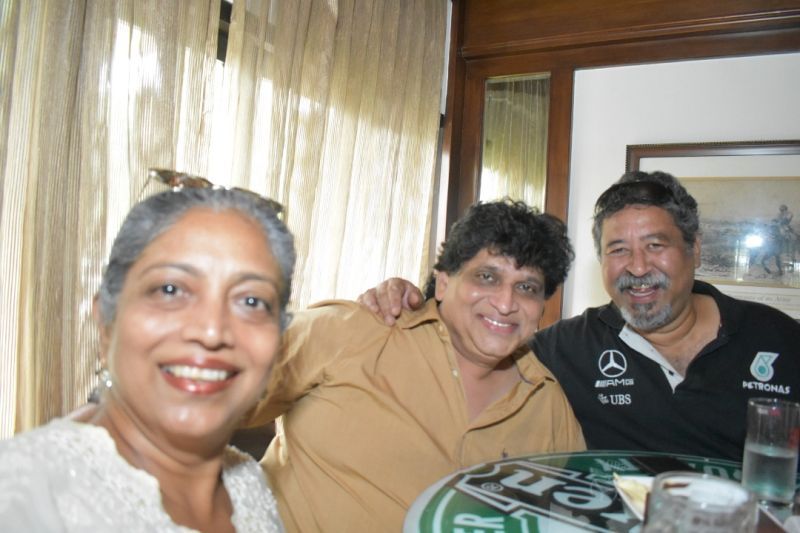 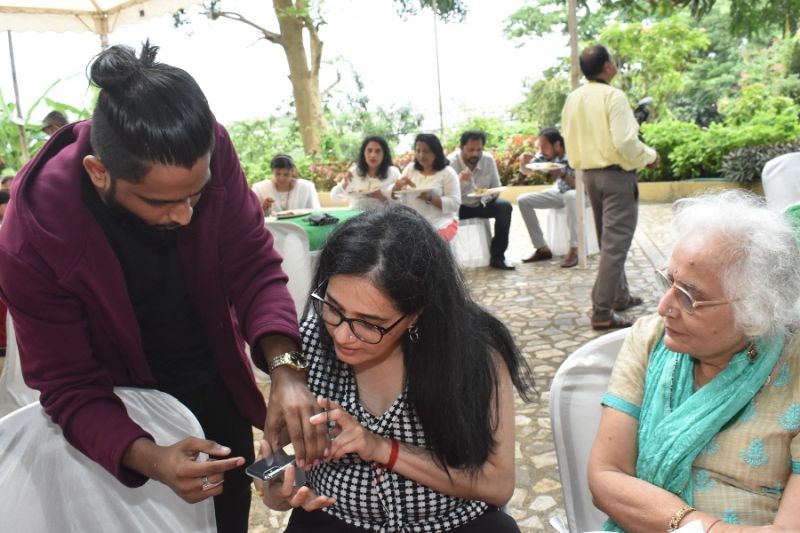 At the age of 19, Nair joined NCPA Mumbai which is well known for its aim to promote and preserve India’s heritage of art, music, dance, theatre, etc. Being a speaker at TedX VITS Hyderabad, he had the honour of being elected as the judge for the first “National inter-college magic competition” held at Rajiv Gandhi Institute of Technology in 2018 Nair was one of the brains behind initiating India’s first successful Magic Open Mic. He was signed up by the Taj Group of Hotels as an official performing Mentalist for its nationwide branches. 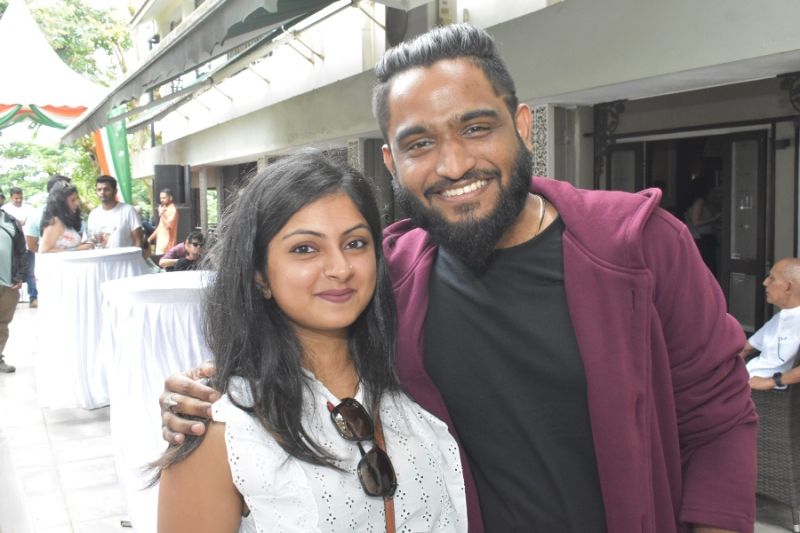 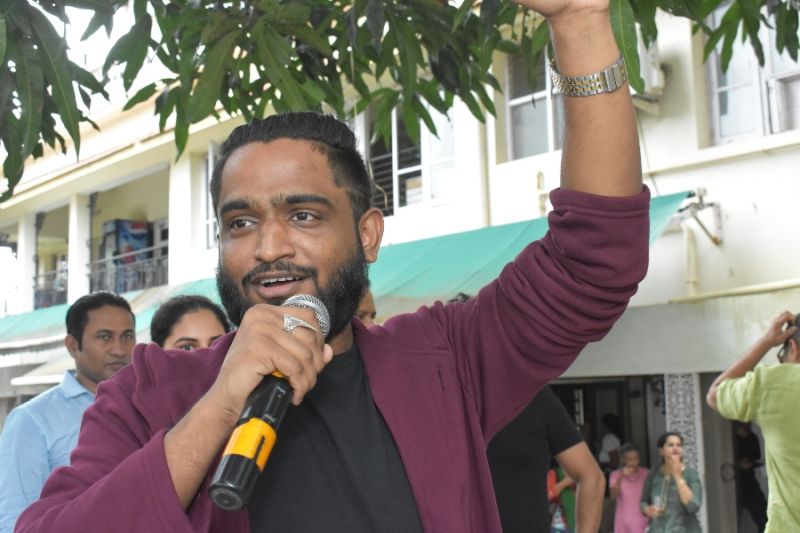 If you want to know what Praveen Nair offers- he says that on STAGE- If the audience capacity that you have is more than 50 and they are ready for some ultimate interactive entertainment then this should be perfect for you. Ideally preferred by corporates since it is highly customizable and helps in boosting the brand image along with employees’ entertainment. And of CLOSE UP/WALK AROUND, he says that Casual, intimate mentalism and magic add energy to the atmosphere and bring people together for a more memorable experience. Praveen’s strolling magic is designed for cocktail hours, private parties, college festivals, and VIP suites when people are networking, celebrating, or mingling. Guests will never forget the unique opportunity to witness world-class magic up close and Praveen will shock the crowd with impressive sleight of mind. And that was exactly the experience that the Mnagaluru crowd got when they had close encounters with the Mentalist Kind. 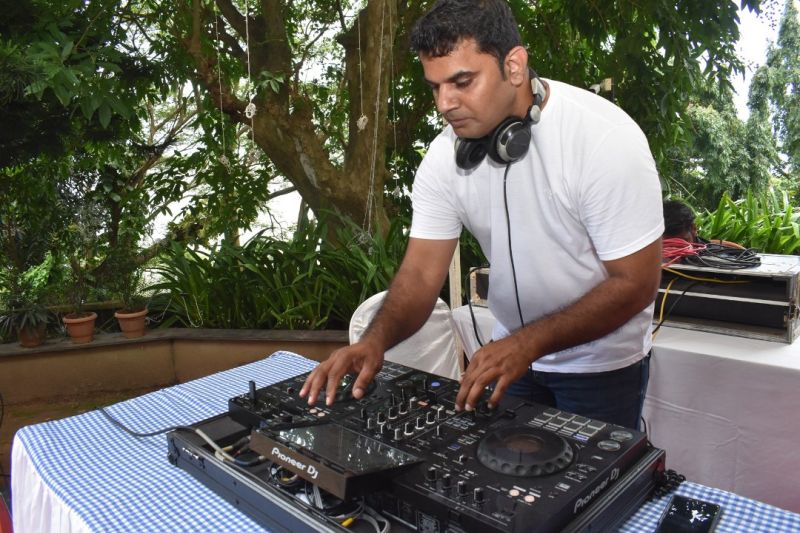 Nair says that the Pandemic has proven Mentalism/hypnosis to be the most entertaining art form virtually. With a 100% engagement level, Praveen Nair gets the magic literally under your roof. With the vision to provide a sense of wonder and childlike excitement to all across the globe. Praveen’s Virtual show is a must-try. And the crowd that gathered at Mangalore Club had a wonderful and exciting time amidst Praveen.

With an experience of more than 13 plus years, Praveen and his team dedicatedly work on getting the best of the idea to launch any product most memorably. Because who would not want a touch of magic literally for their new beginning Making brands like Audi and McDonald’s choose Praveen for their brand launches. It is learnt that Praveen started a journey of self-discovering where he met like-minded magicians and mentalists from the underground scene and honed his skills in a quest to become the master of hypnotism, mind reading in Mumbai.” 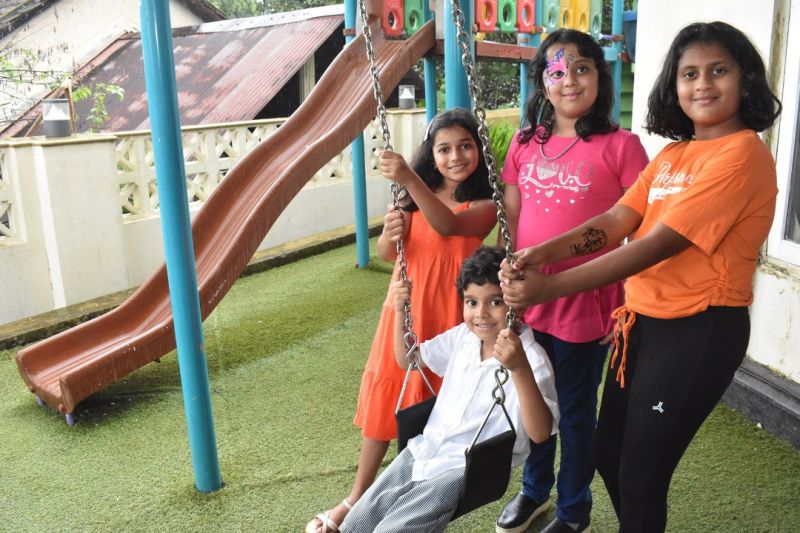 Mangalureans have witnessed this awesome Disc Jockey at Weddings and Occasion parties, belting out some of the best-hit songs of Bollywood, Western, Rap, EDM, and Reggae, including Konkani, Tulu and Kannada. And of course, a Party is incomplete without the DJ! And guess what? Ebullience is at its best as DJ KIRAN FERNANDES from Kulshekar, Mangaluru spun his best mixing to mesmerize the revellers during a gig at Mangalore Club.! Dj Kiran, one of the finest DJs in Mangaluru knows exactly what tracks to play and how to grove the party to the next level transforming dance floors into havens of high-quality merriment, rocked the crowd who landed on the dance floor doing their best moves.

Since 2004 Dj Kiran has played in many private parties and corporate events and worked with many popular artists, and has also Secured the “War of Dj’s” title in 2007 and 2008 held at reputed colleges in Surathkal and Manipal. If he could rock and mesmerise the young college crowd, he did mesmerize the young and old revellers who had gathered here at this gig. Yes, Dj Kiran is one of the most accomplished and popular DJs in Mangaluru and beyond. In the hardcore clubbing scene, his amazing skills, and ability to spin floor-filling sets and offer something fresh have gained him a massive fan following. Since then he has been an active figure in the dance music circuit. Dj Kiran likes to fuse R&B, Hip-Hop, and Electronic dance music, along with a masala of Bollywood, Sandalwood, coastal wood and Konkani dance tunes, to create euphoria on the dance floor-he has an outstanding knack for reading a crowd and knowing exactly what to throw in to capture that special something/moment. 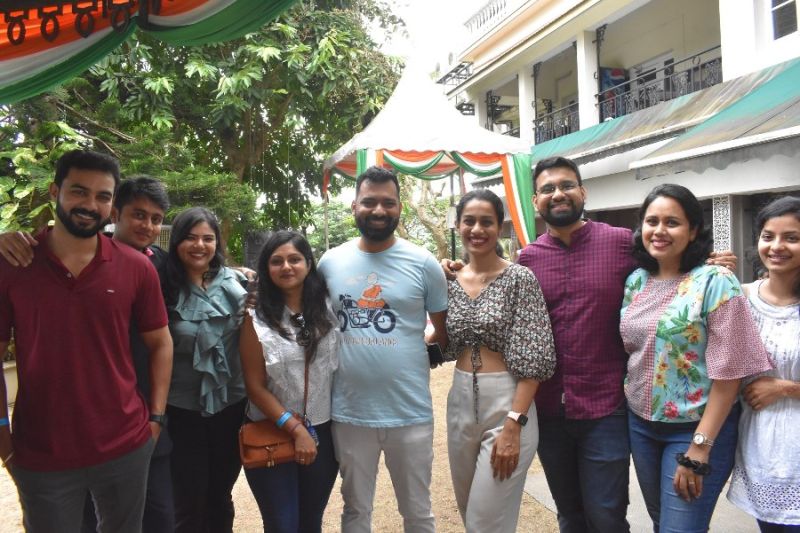 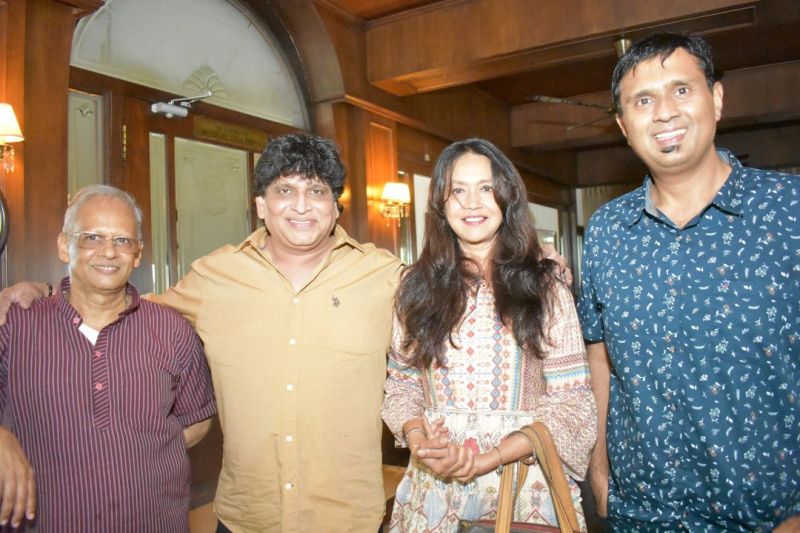 Dj Kiran’s main goal is to satisfy his fans- and the crowd call for encores. He has the energy of a prowling lion on the console table which is visible if you have ever been to his gig. He knows how to have fun, with his music and his crowd. His sessions are always interactive, and that keeps the masses entertained. He makes sure that everyone feels his music and not just listening to it. It’s hard to stand straight or just bobble your head at a Dj Kiran’s gig. Mangaluru revellers have enjoyed and danced to the music of Dj Kiran, either at Weddings or other parties- and once again they had an opportunity at the GIG at Mangalore Club. Apart from games, music and dance, Both Mentalist and Hypnotist Praveen Nair and Disc Jockey Kiran Fernandes entertained the Crowd to their maximum, and the revellers had a BLAST! 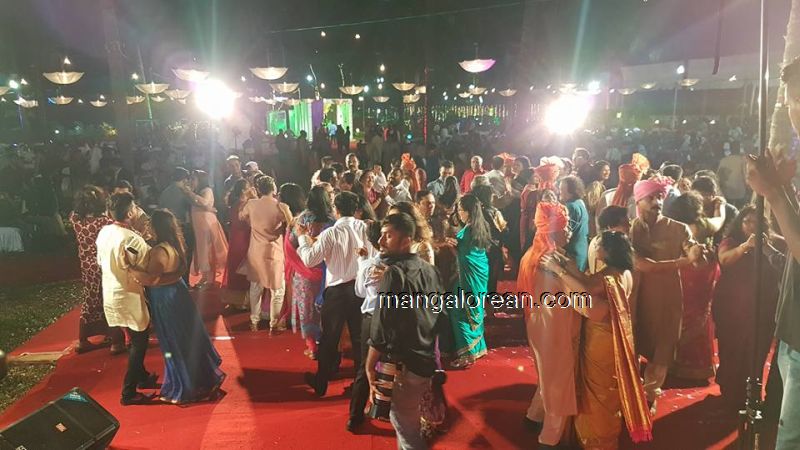 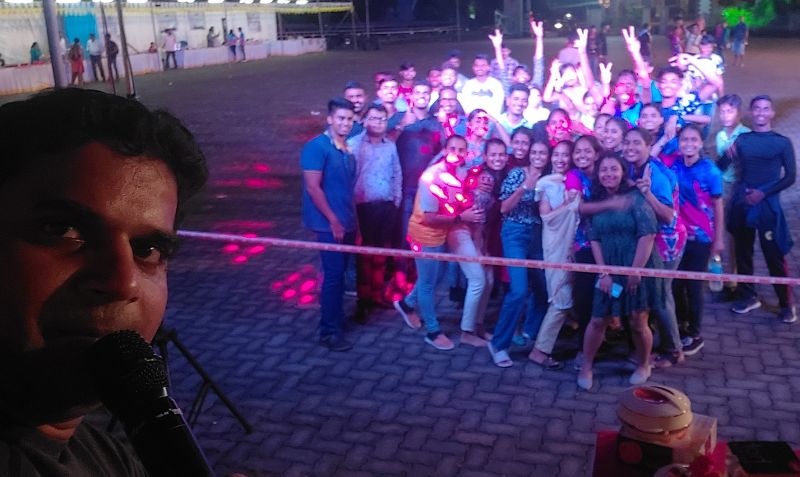