Home Agency News Indonesian airliner crashes into waters off Jakarta with 62 aboard, including 10... 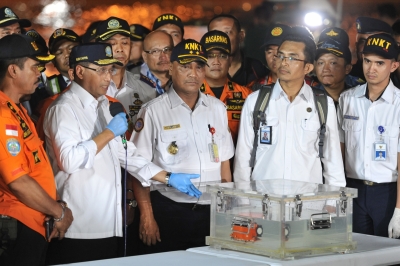 Indonesian airliner crashes into waters off Jakarta with 62 aboard, including 10 children

Jakarta: Indonesia’s Transportation Minister Budi Karya Sumadi has confirmed the crash of a Boeing 737-500 plane of an Indonesian airlines with 62 people on board that lost contact with the air traffic controller.

At a virtual press conference held on Saturday evening, the minister said the Sriwijaya Air flight SJ-182 heading from capital city Jakarta to Pontianak city in West Kalimantan province crashed into the waters off the Seribu District in north of Jakarta, Xinhua news agency reported.

According to him, the plane was believed to have crashed near the district’s Laki Island and Lancang Island, part of the Thousand Islands chain.

The plane departed from the Soekarno-Hatta international airport in Jakarta at 2.36 p.m. local time. According to Sumadi, the last contact with the plane was made by aviation authorities four minutes after its takeoff.

Search and rescue operations underway were hampered by the bad weather. Workers of Indonesia’s National Search and Rescue Agency (Basarnas) have found debris and cables suspected to be of the ill-fated aircraft.

Boats and aircraft from various Indonesian agencies were involved in the search.

Basarnas spokesman Yusuf Latief told Xinhua that about 100 rescue workers were at the location, and his agency has sent its ship equipped with a remotely operated vehicle (ROV) to search for the wreckage of the aircraft at the sea floor.

An investigation into the plane crash was launched by the Transportation Ministry.

Sumadi said that aboard the Boeing plane were 50 passengers including seven children and three babies, and 12 crew members.

On October 29, 2018, all 189 people aboard were killed after a Boeing 737 Max plane of Indonesia’s Lion Air crashed into the Java Sea shortly after taking off from Jakarta.

In December 2014, an AirAsia plane crashed into sea en route from Indonesia’s second biggest city Surabaya to Singapore, killing all 162 people aboard.