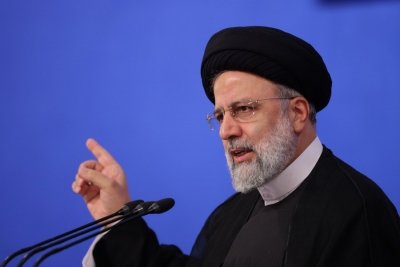 Tehran: Iranian President Ebrahim Raisi rejected certain “unsubstantiated claims” about Tehran’s stance toward the conflict in Ukraine, saying Iran is ready to play a role in ending the crisis.

Making the remarks in a phone call with his Polish counterpart Andrzej Duda, Raisi noted that Tehran is ready to use “all its capacities and potential” to help end the conflict in Ukraine, according to the Iranian presidency’s website, Xinhua news agency reported.

He stressed that ever since the eruption of the conflict, Iran’s stance has been opposition to it.

The Ukrainian Foreign Ministry recently decided to downgrade ties with Iran and remove the Iranian ambassador’s accreditation over what it called Tehran’s “unfriendly act” to “supply Russia with weapons to wage war against Ukraine”.

Iranian Foreign Minister Amir-Abdollahian said in early October that Iran has not sent weapons to Russia for use in its conflict with Ukraine and will not do so in the future.