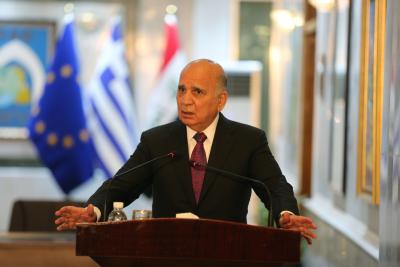 Hussein made the remarks when meeting with GCC Secretary-General Nayef bin Falah Al-Hajraf on the sidelines of the 77th session of the UN General Assembly, where “the two sides discussed ways to enhance cooperation”, the Foreign Ministry in Baghdad said in a statement.

The Minister said the Iraqi government is interested in developing relations with the GCC countries at all levels and called on foreign companies to invest in Iraqi infrastructure.

For his part, Al-Hajraf affirmed “GCC’s support for the security and stability of Iraq”, stressing the keenness of GCC countries to advance their relations with Iraq in the service of common interests, reports Xinhua news agency.

The two sides also discussed some regional and international issues of common concern, especially the impact of the Russian-Ukrainian war on food security and the need to work collectively to confront the possible repercussions of the crisis.