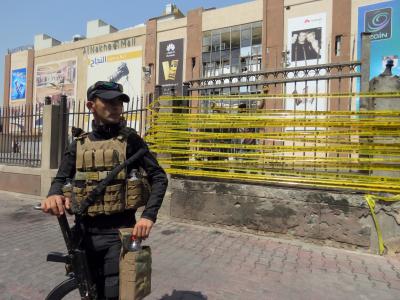 The incident took place on Sunday in Baghdad’s Mansour neighborhood.

Gunmen opened fire at Mohammed Laith with their silenced weapons near the house of one of his relatives, the source told Xinhua news agency.

The attack came despite repeated calls by the Iraqi government and political parties to contain the uncontrolled weapons of some armed groups in the country, which threaten the security, freedom, and confidence of citizens in the political process.

No group or individual have claimed responsibility for the attack yet.

Iraqi provinces north of Baghdad have witnessed intense activities by the militants of the IS group in the past months, despite repeated military operations to hunt them down.

The security situation has relatively improved in Iraq since the security forces fully defeated IS militants across the country late in 2017.

However, sporadic deadly incidents still occur in the war-ravaged country.