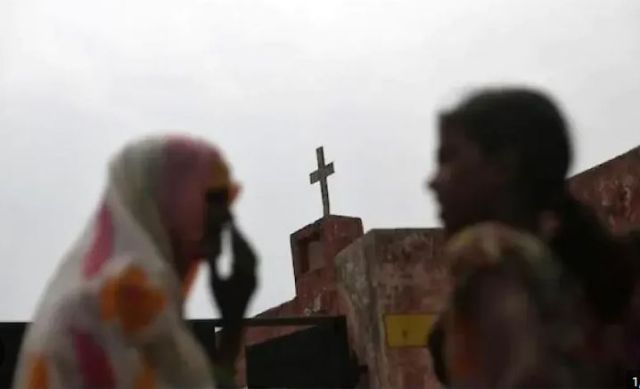 By “conversion” I here mean the explicit act of baptising a non-Christian to make such a person Christian. We know that the right-wing Hindutva brigade has always been against religious conversion, thinly veiled as “forceful conversion”. Several anti-conversion laws have been passed in various States, not just by the BJP, but even by the Congress and Janata Party. What has now set the cat among the pigeons is the recent observation/ opinion of a Supreme Court Bench that the issue of forced conversions were a matter of national security and needed to be urgently addressed.

There are many counterarguments to the allegations of “forced conversions” levelled against Christians in India. I have made two YouTube videos in Hindi to counter the same. However, in this article, I am restricting myself to the Catholic Church’s official teaching. This is because most Catholics are ignorant about the Church’s approach to other religions. Even among Catholics, some fundamentalist types advocate aggressive, uncompromising evangelization; believing that the unbaptised are all going to Hell.

I would ask such enthusiasts how much “evangelisation” have they done. Such fundamentalists would even have us believe that attending the functions of other religions is equivalent to supping with the devil, or idolatry. Doctrine apart, I believe that God is Love and Life and this loving God created us to live, not die. I do not believe in a God who packs us off to Hell for committing “mortal sins”, or has a chosen race of the baptised. Human rights activists are against capital punishment for being inhuman. Surely God is more humane than we are and is loath to condemn his own creation to eternal damnation. Frankly speaking, I do believe in a temporary state of purgation (cleansing), but not in hell and eternal damnation; because God’s mercy far exceeds the sum total of all our failures. Perhaps God allows us to believe in hell because, existentially speaking, fear is the strongest human emotion!

Let us first look at the train of thought in the Gospel of Mathew. This is because the text most quoted for active/aggressive evangelisation is: “Go, therefore, make disciples of all nations; baptize them in the name of the Father, and of the Son, and of the Holy Spirit” (Mat 28:19). That is how his gospel ends.

This reflection begins with chapter 22, the parable of the wedding feast. It comes with the rider that “Many are invited, but not all are chosen” (Mat 22:14). What goes for persons is equally applicable to words, so we cannot pick and choose words that suit our narrative or pre-conceived notions.

The next chapter has Jesus’ explosive diatribe against religious hypocrisy. In the context of evangelisation these words are significant; “You hypocrites. You shut up the kingdom of heaven in people’s faces, neither going in yourselves nor allowing others to go in who want to” (Mat 23:13). Such efforts can even be counter-productive. “You hypocrites. You sail the seas and cross whole countries to win one convert; and when you succeed, you make him twice as deserving of going to hell as you yourselves are” (Mat 23:15). These are strong warnings that we first need to set our own house in order before attempting to bring others in. We can be stumbling blocks.

Though others are desirous of entering in, we are keeping them out by our superficial way of being church. Ants are attracted to sugar and bees to honey. These creatures are seekers and doers. But Mathew’s next chapter has another warning. “Wherever the corpse is, that is where the vultures will gather” (Mat 24:28). If a tree is known by the fruit it bears (cf Mat 7:20), then it is equally true that a thing can be recognised by what it attracts to itself. Vultures are selfish, lazy and aggressive, in contrast to ants and bees. Do we have the sweetness of sugar, the fragrance of flowers or the stench of a corpse? Those coming to us have the answer.

The next chapter is on the Last Judgement. Jesus is again explicit. We will be judged not by our evangelical fervour but by our service to those in need. “In truth I tell you, in so far as you did this to one of the least of these brothers of mine, you did it to me” (Mat 25:40).

I will now revert to what biblical scholars have to say about the oft-quoted or misquoted commission to baptize. The New Jerusalem Bible that I use for study and meditation has this to say; “The (Trinitarian) formula is probably a reflection of the liturgical usage established later in the primitive community … the attachment of the baptised person to all the persons of the Trinity will have been made explicit only later”. This is echoed by the highly reputed Jerome Biblical Commentary that states: “This triadic formula may have its Old Testament roots in the apocalyptic triad of God, Son of Man or Elect One and the Angel found in Daniel 7”.

In effect, these scholars are telling us that the verse in question was in all probability not expressed by Jesus himself. It is a later interpolation, after the understanding of the triune God gradually evolved in the early church, rooted in the experience of the Old Testament. Hence we cannot give undue importance to this quote. At best we may say that Mathew 28 cannot be seen in isolation from what precedes it in chapters 22, 23, 24 and 25.

We now come to contemporary church teachings as found in the Documents of the Second Vatican Council (1962-65). The turning point is in the Dogmatic Constitution of the Church (LG) promulgated on 21/11/1964. It unequivocally states: “Those also can attain to everlasting salvation who through no fault of their own do not know the gospel of Christ or his church, yet sincerely seek God and, moved by grace, strive by their deeds to do his will as it is known to them through the dictates of conscience. Nor does divine providence deny the help necessary for salvation to those who, without blame on their part, have not yet arrived at an explicit knowledge of God, but who strive to live a good life, thanks to his grace” (LG 16).

This endorses what I have earlier said about the magnanimity of a loving God. Let alone those of other religions, even avowed atheists are not denied salvation.

The next important document is the Declaration on Religious Freedom (DH) promulgated on 7/12/1965. It states: “It is one of the major tenets of Catholic doctrine that man’s response to God in faith must be free. Therefore no one is to be forced to embrace the Christian faith against his own will. This doctrine is contained in the Word of God and it was constantly proclaimed by the Fathers of the Church” (DH 10). Jesus’ intention was “never to exert coercion upon people” (DH 11). Pope Pius XII had said the same thing earlier on 29/9/1943 and 6/10/1946.

Next comes The Declaration on the Relationship of the Church to Non-Christian Religions (NA) which was promulgated on 28/10/1965. It states: “All peoples comprise a single community and have a single origin … One also is their final goal: God. His providence, his manifestations of goodness, and his saving designs extend to all men” (NA 1). “The Catholic Church rejects nothing which is true and holy in these religions” (NA 2). “The Church rejects as foreign to the mind of Christ any discrimination against men or harassment of them because of their race, colour, condition of life, or religion” (NA 5). Heaving a sigh of relief Rev Robert Graham SJ comments, “This document certainly ends a sad chapter in Christian history”.

Even in the case of Mixed Marriages, Canon Law clearly states: “The Catholic party … is to make a sincere promise to do all in his or her power in order that all the children be brought up in the Catholic Church” (Can 1125:1). Here again there is no coercion or compulsion.

Hence we may safely draw the following conclusions:

1. That the love and salvific work of Jesus extends to all humans, not just
Christians.
2. That eternal salvation is not limited to the “chosen” baptised.
3. This being so, we shouldn’t have an inordinate desire to save people from going to hell; a driving force with earlier missionaries, especially colonial ones, who may have had a condescending attitude to those whom they then considered as “pagans”.
4. That sharing the Good News should be based on love and respect for the other. It should be a genuine attraction, never coercion.

I hope and pray that these reflections will help us better understand our Christian call to evangelization. Let our exemplary Christian life be the real gospel. As it is said, “The only Gospel that many may hear is the Gospel according to you”.