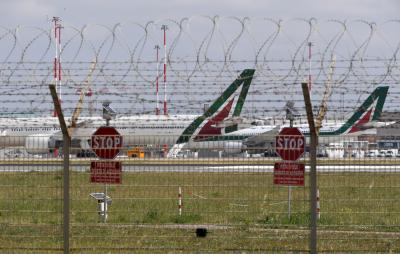 Italy’s new flag carrier to be fully operational by Oct

Thursday’s announcement came after the Italian authorities reached an agreement with the European Commission on the transition of Alitalia’s assets to ITA without a public tender, reports Xinhua news agency.

The ministry said the deal would enable the start of capital increase procedures and “creates the conditions for signing a memorandum of understanding on the transfer of some activities from Alitalia to ITA”.

According to previous statements from the Ministry, the new airline was originally expected to begin operations in June or July in order to make the most of the summer tourism season.

However, the talks between Rome and the European Commission continued even after a preliminary deal was struck in May on the economic discontinuity between the new company and the old airline as required by European legislation.

Italy sought to avoid a public tender, which might have prolonged the transition from the old company to the new one or have landed ITA in the hands of non-Italian stakeholders.

“ITA will be able to answer to the new needs of air transport in an increasingly integrated framework with rail transport and will pay great attention to sustainable development,” Minister of Sustainable Infrastructures and Mobility Enrico Giovannini stated after the deal was announced.

He added that the new airline will concentrate on innovation and digitalisation “in line with the EU principles underlying the National Recovery and Resilience Plan”.

Alitalia has long been in financial trouble and has been under state administration since 2017.

It kept operating mainly through the injection of public money by the Italian government and suffered a final blow during the pandemic.