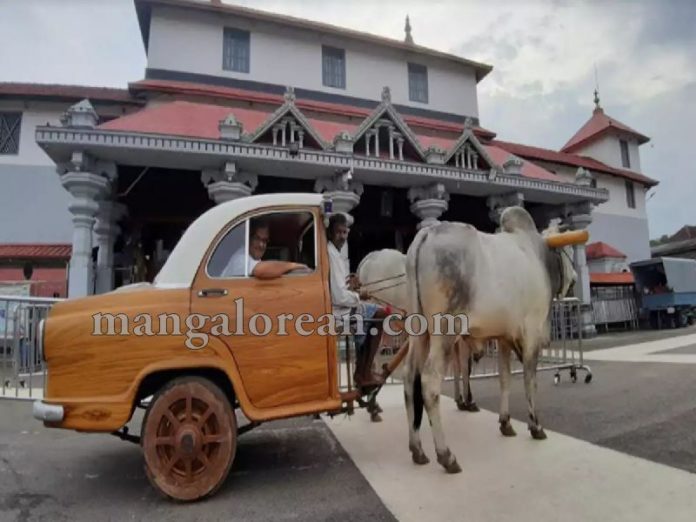 Mangaluru has always been a part of the Sri Dharmasthala Manjunatha Temple, always coming forward with Indigenous innovations has now added the latest attractions being their Gau Rickshaw (Cow Rickshaw) and Gau Car. (Cow Car). As per sources, the temple has stated that they have enhanced ancient designs of bullock carts and created this new energy-efficient alternative, that can be seen moving around in Dharmasthala. This cart has modern tyres, a hydraulic brake and a parking jack to make the task much easier for the bull leading the vehicle around. The mechanism of the cart is light and extremely fluid. 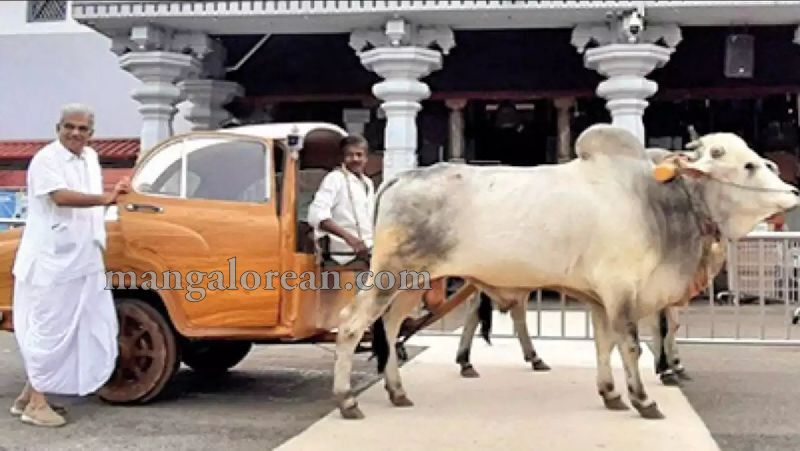 It is indeed a picturesque sight like a movie, to watch the cart carry out its small expeditions around the temple with the bull, Vitthala, with his bell tinkling around the neck. The 5-year-old Punganoor breed bull enjoys all the love and attention he gets from the devotees, as he proudly and slowly moves about. People take photos and also selfies with the Gau car/rickshaw. 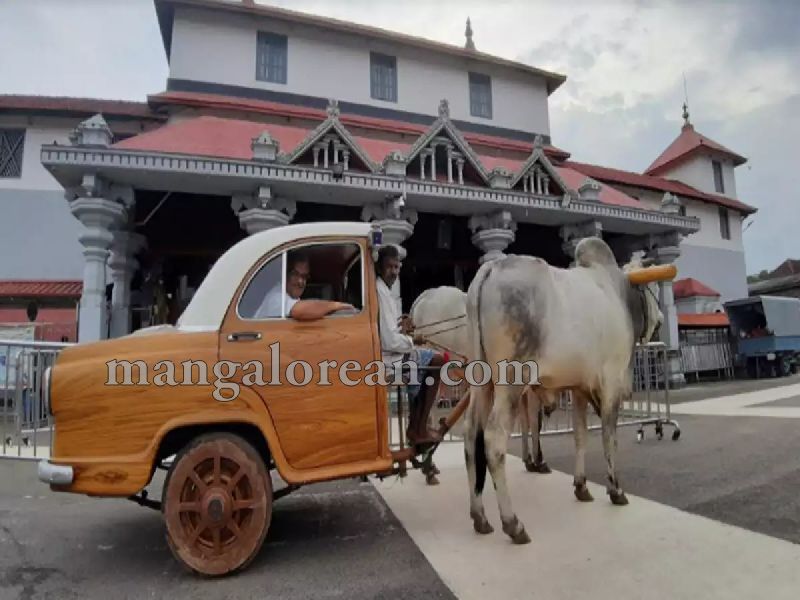 As per temple officials “Dharmasthala is conserving the traditional ways of life in every way we can, but with the addition of modern comforts”. Similarly, a portion of an old ambassador car has been used for the Gau car, that is drawn by Ongole breed bulls. An attractive wheel cap and brakes have been used in the vehicle. It is learnt that the vehicle is used for temple work only.

Sources reveal that both the vehicles have been developed under the guidance of Dharmasthala Dharmadhikari Dr D Veerendra Heggade, Harshendra Kumar and Diwakar, caretaker of the car museum. The staff of Manjusha car museum and SDM Polytechnic students have assisted in the initiative. Meanwhile, Anand Mahindra, chairman, Mahindra Group, in a lighter vein, tweeted a video of the Gau car on December 23 and wrote: “I don’t think @elonmusk & Tesla can match the low cost of this renewable energy-fuelled car. Not sure about the emissions level, though, if you take methane into account.”