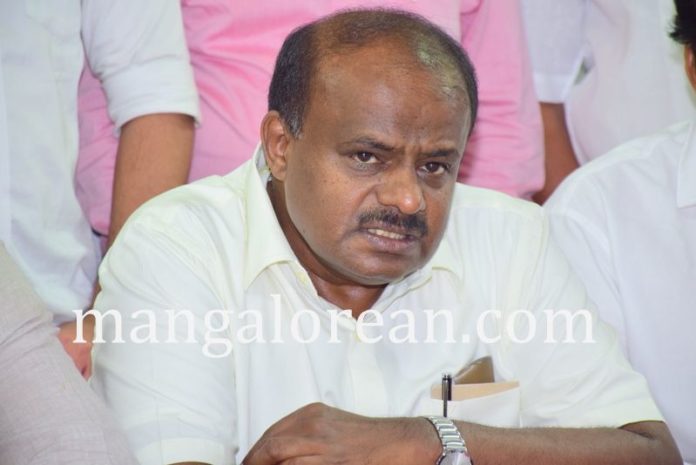 JD(S) hits out at BJP in K’taka, says Silicon Valley has turned into a pothole valley

Bengaluru: Former Karnataka Chief Minister and Leader of the Opposition in the state assembly H. D. Kumaraswamy on Wednesday charged that Silicon Valley (Bengaluru) has turned into a pothole valley under the ruling BJP government in the state.

Kumaraswamy’s reaction comes after a woman suffered injuries due to a pothole and succumbed.

Umadevi (50), who was riding pillion with her daughter Vanitha on a two-wheeler fell near the Sujatha theatre and got run over by the KSRTC bus on Monday. She succumbed to her injuries in the wee hours of Tuesday.

The incident took place on the busy Vatal Nagaraj Road. The daughter who was riding the vehicle lost balance while trying to avoid a pothole on the arterial road on Monday.

“The BJP government is directly responsible for the deaths due to potholes. BJP government wants potholes, as if potholes surface in large numbers, it can mint money in larger proportions,” Kumaraswamy charged.

“Bengaluru is known as the Petioners’ Paradise, Garden City and Silicon Valley. But now, the city is known as the valley of potholes. The reason behind it is the system of percentage (40 per cent commission in contracts),” he alleged.

“These potholes are an invitation of death for people but for some, they are profitable. Despite the warnings of the Karnataka High Court, the government is not ashamed. In spite of the court’s warnings to send officers to jail in this regard, the bureaucracy is not doing anything,” Kumaraswamy charged.

The image of the state has been dented due to potholes on the roads of the capital city Bengaluru. On the other hand, the government is busy in organising the Global Investor’s Meet (GIM), the Global Tech Summit. It is better to organise the “Pothole Summit” in Bengaluru, he ridiculed.

The government should not wash its hands off after providing compensation to the family of the deceased. It should see to it that Bengaluru roads are pothole free, he said.