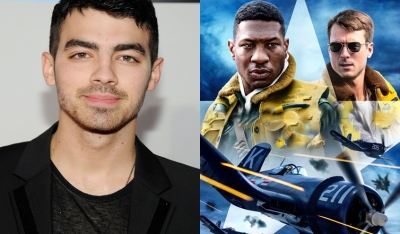 The singer-actor felt a responsibility to capture the real person – the veteran who joined the Navy at 16, had seen war, and found ways to keep his fellow airmen loose through humour.

He said: “When you are researching a real person, it’s a different kind of pressure. You want to make sure that you’re not only playing the character on the page, but you’re doing the real person justice, too.”

The film is an aerial war epic directed by J.D Dillard.

The multi-starrer film, based on the bestselling book ‘Devotion: An Epic Story of Heroism, Friendship, and Sacrifice’ by Adam Makos, tells the true story of two elite US Navy fighter pilots – Jesse Brown, the first Black aviator in Naval history and his fellow fighter pilot and friend, Tom Hudner. The two helped turn the tide in the most brutal battle in the Korean War.

PVR Pictures is set to release ‘Devotion’ in theatres in India on November 25, 2022.