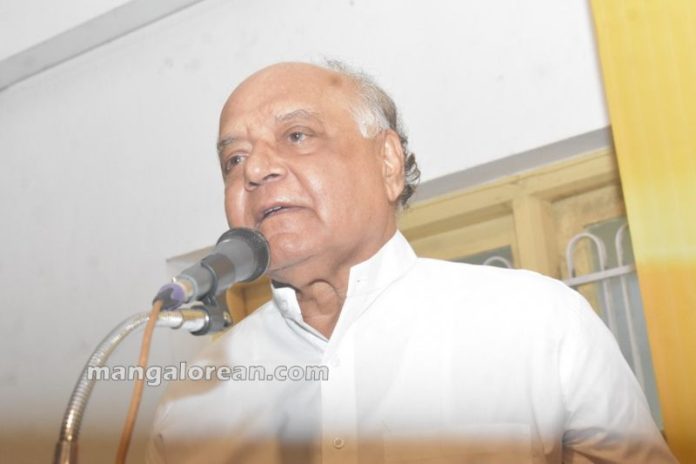 Mangaluru: Quoting Arvind Kejriwal-the Chief Minister of Delhi and National Convener of AAP “If You Walk on the Path of TRUTH, all the POWERS in the UNIVERSE will HELP You”. The AAP’s goal is to reverse the way that government accountability operates, and the party takes an interpretation of the Gandhian concept of swaraj as a tenet. It believes that through swaraj, the government will be directly accountable to the people instead of higher officials. 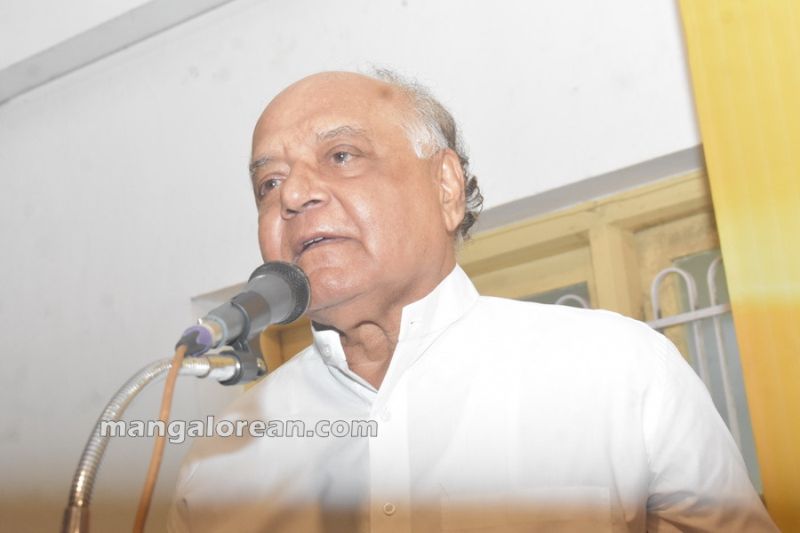 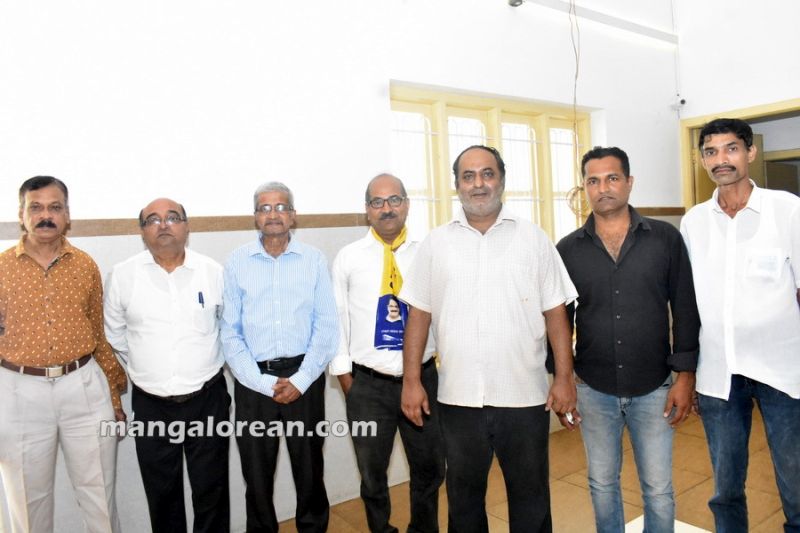 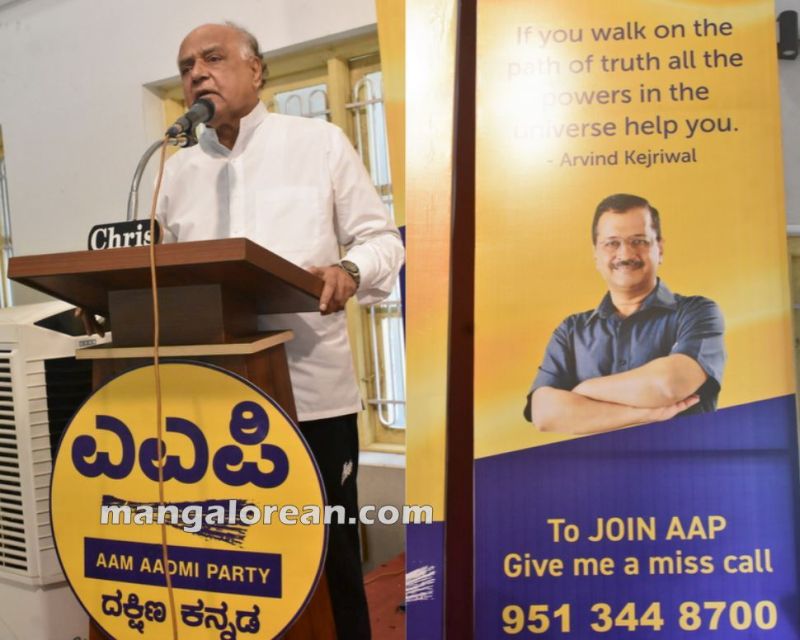 And locally here in Mangaluru, the AAP of Dakshina Kannada are doing a great job to fight against corruption and wrong-doing of the Central and State Government. Meanwhile, yet another Civic Group, the Mangalore Civic Group had recently organized a meeting of all like-minded forces inclusive of political parties, under the single point common minimum programme of providing solutions to civic issues citywide and resolving people’s problems.

Only one political party responded to their invitation in proactively attending and participating in the meeting, which was the Santhosh Kamath led Aam Aadmi Party Dakshina Kannada District. Post the meeting, in order to take the single point common minimum programme forward, they came up with a “CIVIC GRIEVANCE PORTAL” limited to Mangaluru City Corporation jurisdiction (60 wards), with the objective of helping the citizenry express their grievances in and around their own neighbourhoods, areas and wards (inclusive of photos/videos) to them and they in turn finding solutions in consultation with the respective authorities in MCC. 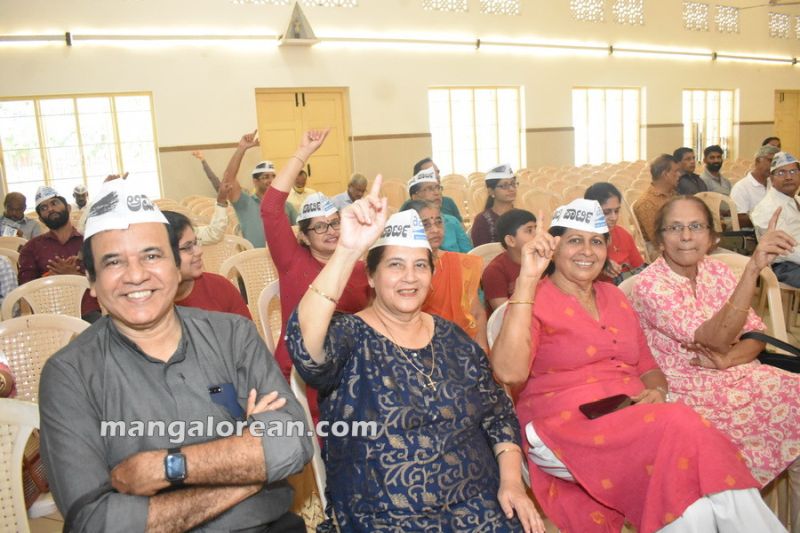 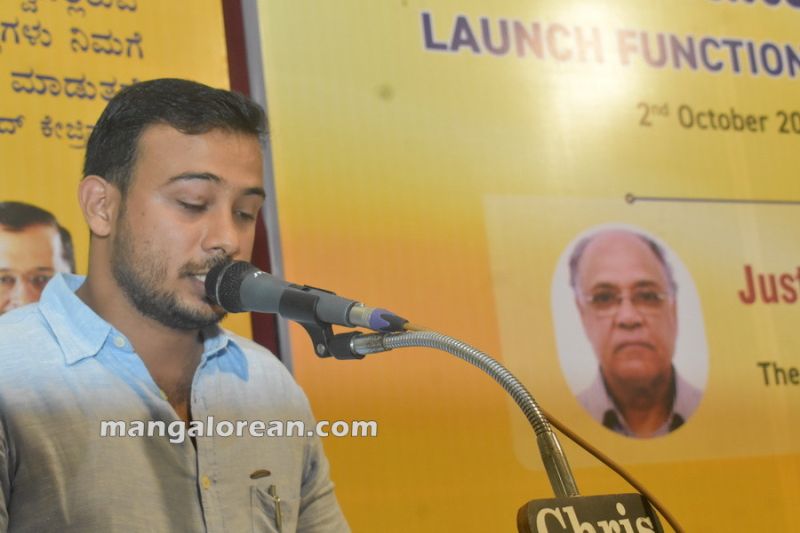 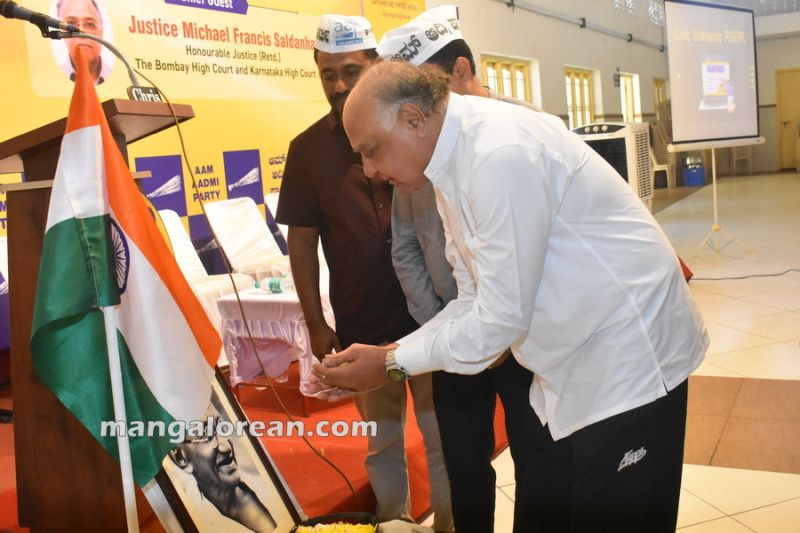 Seems like a very good initiative, since we have seen many other MCC grievance portals going down the drain, potholes fixing WhatsApp number not functioning and e-mails receiving one first and last acknowledgement, that capture the complaint but do not provide regular updates or closure to the satisfaction of the complainant, serving no purpose in real terms there being no follow up till logical end. Endeavouring to align all Mangaloreans possessing an affinity for Mangaluru and concerned for a livable Mangaluru in the direction of progress and development, a Civic Grievance Portal was planned.

During the meeting Mangalore Civic Group and AAP reassure everyone that this initiative is in 100% public interest in order to connect with the people, given that the Corporator is not listening to the voice of the voiceless people having undermined the Ward Committee members for 6 meetings in not providing the Action Taken Report on the Minutes of Meetings and in turn defeating the very purpose of Institutionalizing Citizen Participation envisaged under the 74th Constitutional Amendment. 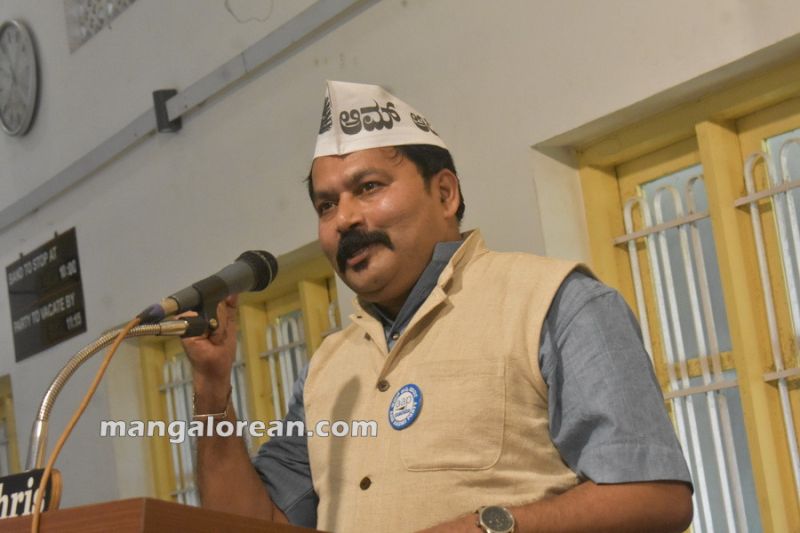 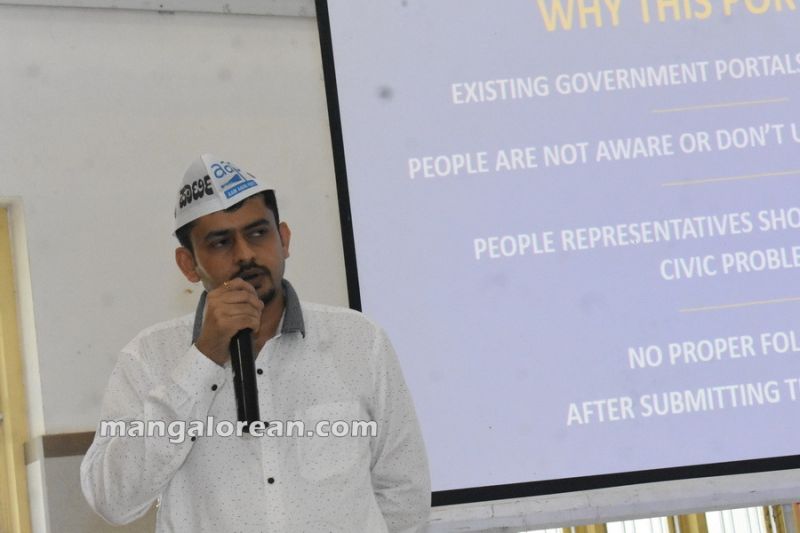 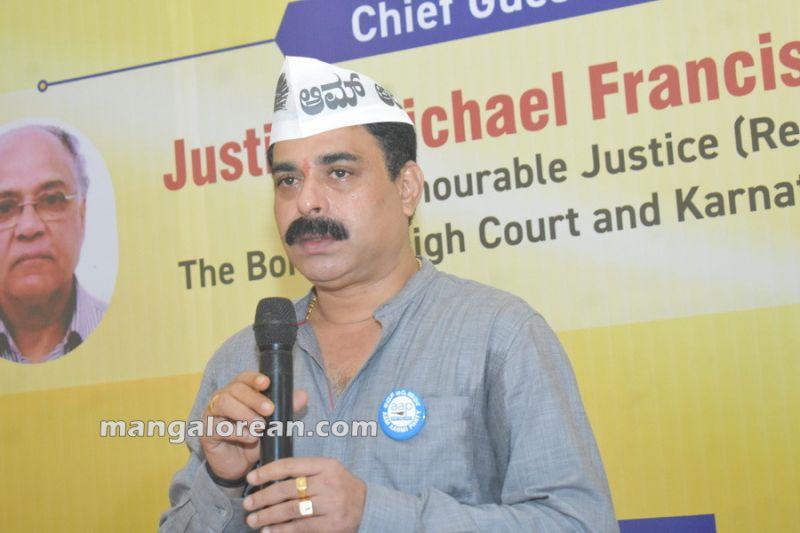 In his inaugural address Justice Saldanha said “The portal launched today will create ripples in Mangaluru within a year and will become a model for the entire country. This portal will create pressure on the administrative system and will make the system work. CM of Delhi Arvind Kejriwal is a hardcore professional. I have seen him very closely. He keeps information about everything and works with complete data. It is a matter of great pride to join hands with a party under his leadership. The anti-defection law is being abused a lot in today’s administration. In the last one year, 167 MLAs have been bought and 6 state governments have been wrecked”.

Justice Michael F. Saldanha opined that this would have a very bad effect on the country. “People are fed up of the recent developments taking place under the present Union and State governments. Just look at the pathetic conditions of the roads in Mangaluru, making it impossible to drive or ride. It took nearly ten years and lots of money spent on Pumpwell flyover, and everytime it rains, the bottom part of the flyover is submerged with water, which looks like a flowing Netravati river. Can anyone tolerate this ? The large amount of money spent on this project is total waste and everything is in a mess. It’s indeed a matter of shame.” added Saldanha. 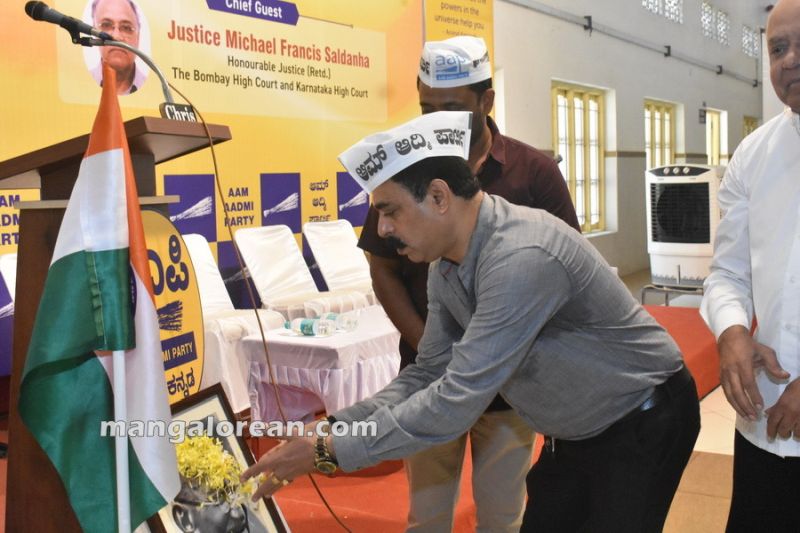 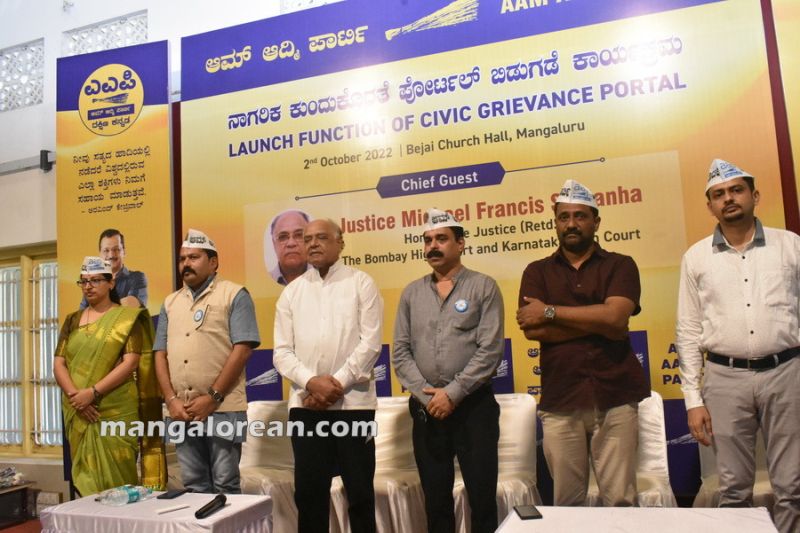 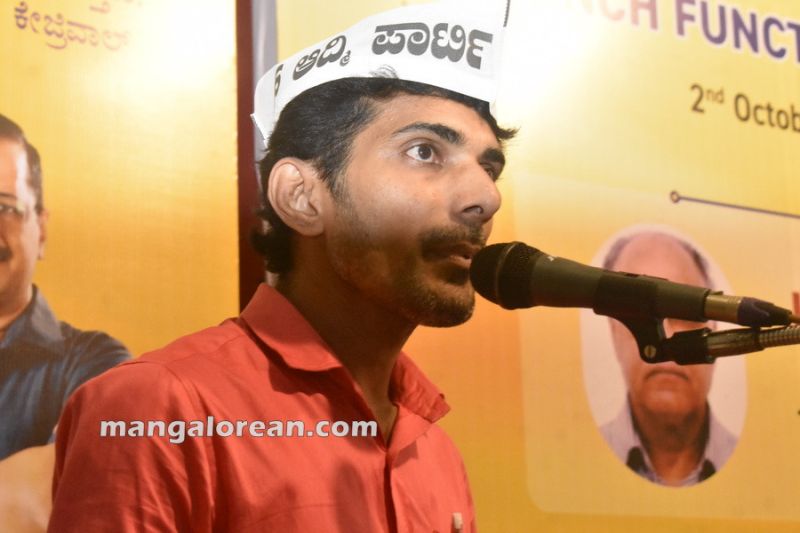 He further said “It should be noted that Every election is a matter of fraud, where the Election Commission has appointed a few who are worthless. Also that two months prior to the elections, political parties are desperate in camaigning, and also trying to buy members from other political parties. Even the gadgets of EVM are kept in a room after elections where they get enough time to manipulate it and until results are announced, What a crooked and corrupt system we are into”.

Aam Aadmi Party Dakshina Kannada District President Santosh Kamath said that AAP party emphasizes on five issues. Every child should have access to education, all citizens should have good health care, and corruption should be fought and eradicated, Providing Very good infrastructure and patriotism. Santhosh Kamat honoured his teacher M. B. Puranik and parents by presenting flowers.

Senior party member and national council member AAP Ashok Yedamale said, “AAP is slowly gaining momentum in the country. AAP came to power in Punjab and Delhi. Our next aim is Gujarat election. AAP is also stepping into Karnataka state. AAP has led by example with its governance in Punjab and Delhi which turned out to be a model government. The party will burgeon across the country.”

After launching of the portal by the chief guest, Venugopal Puchupadi, the general secretary of AAP DK and under whose initiative the portal was developed said, “The scope of the portal will cover the entire jurisdiction of Mangaluru City Corporation (all 60 wards). Any citizen of Mangaluru can register his grievance or post photos and videos of issues faced by the public of that ward on this portal. The district team of AAP will take up the issue and help the citizens solve their problems in consultation with the respective authorities in MCC. If necessary, AAP will also give representation before the administration and fight for the rights of the citizens”. .

Venugopal further said, The Aam Aadmi Party is known for its belief in the Swarajya Model of governance. Hence, the portal is being launched on Gandhi Jayanti Day to signify our commitment to take governance closer to the people. This portal is being set up mainly because elected representatives like MPs, MLAs, and Corporators are not listening to the voice of the people”.

Names of the candidates of some constituencies were announced in relation to the upcoming Vidhan Sabha elections and corporation elections. Meanwhile. AAP honoured probable candidate Vijaynath Vittal Shetty from Moodabdiri and Vishu Kumar from Puttur in the upcoming general election.