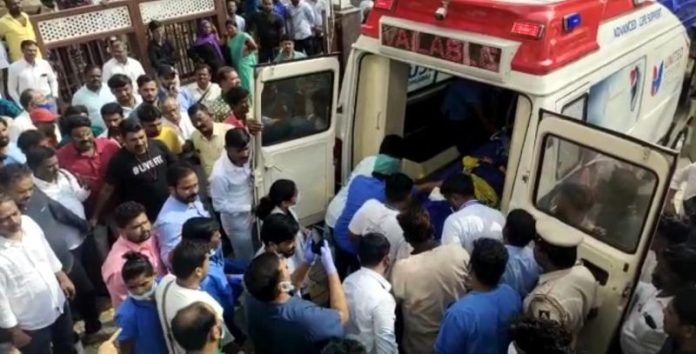 Bengaluru: Karnataka police airlifted Circle Police Inspector (CPI) Srimanth Illal to Bengaluru Manipal Hospital on Monday. Inspector Srimanth has been fatally attacked by a gang of 40 ganja (marijuana) growers in Maharashtra and is being treated at United Hospital in Kalaburagi.

The special arrangement of the air ambulance was made following Inspector Srimanth’s sagging health condition. The air ambulance had reached Kalaburagi from Kochi in Kerala.

The incident took place on Sept 23 in Taruri village of Umarga taluka in Manthala police station limits of Maharashtra. The police arrested Naveen from Kalaburagi and Santhosh from Bhosaga in Basavakalyan taluk on charges of selling ganja.

Based on their information, Kamalapur CPI Srimanth and a 10-member police team had raided an agriculture field in Maharashtra close to the Karnataka border, 80 km away from Kalaburagi. A gang of 40 persons surfaced suddenly with wooden logs and stones and attacked the police team.

CPI Srimanth was massively injured in the attack. Though Srimanth tried to open fire, the attackers had overpowered him. He sustained injuries on his face, chest and stomach. His condition is said to be critical.