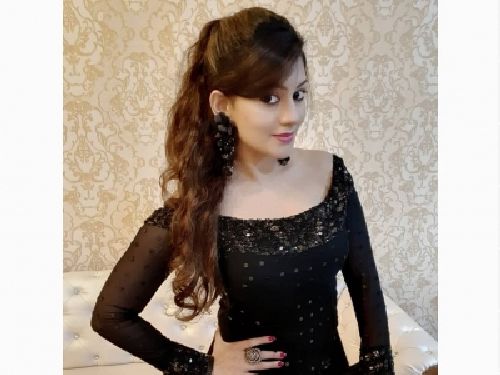 It is worth noting here, that the Bengaluru police arrested Swamy Yadav, 55, posing as a Rashtriya Swayamsevak Sangh (RSS) functionary for allegedly cheating government job aspirants by convincing them of his “strong political connections” on December 17.

Since last week, reports started appearing in a section of the media alleging that Radhika too was involved in this scam as she had received Rs 1.25 crore from him.

To give credence to these reports, the police summoned Radhika’s elder brother Raviraj and questioned him for more than an hour regarding his connections with Swamy Yadav.

In a hurriedly convened press conference, Radhika told reporters that her family knew Swamy Yadav for the last 17 years and knew him as an “astrologer” through her father.

“He had predicted that I would be the mother of a girl child when I was 16 year old, subsequently he also predicted my father’s death which also came true. Similarly there were many incidents that he predicted about our family that turned out to be true. Therefore, our relationship got stronger over a period of 17 years. I was also shocked to hear that he was arrested. Prior to his arrest, he predicted that I would be in trouble till February of this year and what an ironic prediction it turned out to be. I came in trouble only because of him,” she explained.

“He (Swamy Yadav) had discussed with me that he would be producing a movie – Natyarani Shantala (Dancing queen Shantala) – and credited Rs 15 lakh in my account as an advance. Subsequently, another producer of this movie, credited Rs 60 lakh into my account in March 2020. When asked about who was producing the movie, he just stated that his brother-in-law is also partnering with him to produce the movie,” she said.

In her attempt to distance herself from the controversy, she said that her family had been duped on several occasions and despite this her family had never tried to defraud anyone. “On numerous counts, we have been defrauded but our family has remained united,” she said and quickly asserted that the family was ready to face any consequence.

In response to a question, Radhika said that she was not the only person who fell for his ploys but several top ranking VIPs too have fallen for his dubious personality. “How can I know that person who predicted several good things about our family, could do such a thing. I was not aware of any of his deeds. Our connections with him were limited to astrology and films not beyond that,” she said and added quickly that Swamy Yadav was not her relative.

She added that their conversations never went beyond films and fixing muhruts (auspicious time) to start any good work. “Almost every day he used to change his Whatsapp DP, in which either he was seen giving a bouquet or being felicitated by some VIP. So, I never suspected him or his intentions at all,” she explained.

She added that her family came to know him through her father about 17 or 18 years ago and he called her sometime early last year, when she was in Delhi for work. “I received a call from him and he also met me in Delhi there itself on the pretext of meeting us after my father’s death in 2019. He came to us and met us in Delhi. After this, he asked me whether she was interested in acting in movies, to which I said, she would act if she got a good offer and a script,” she said.

Answering to a question that does she have any agreement to prove that the advance was given to her for her role in the movie, she reasoned that not all movies are agreed upon on the basis of agreement papers. “Sometimes, we (actors) accept offers based on oral agreements as well. This is one such agreement,” she claimed.

In 2010, Radhika had hit the headlines when she declared that she was married to former Karnataka Chief Minister, H. D. Kumaraswamy in 2006 and had a daughter.

It may also be recalled that on December 17, based on complaint Bengaluru’s Central Crime Branch arrested a 55-year-old Yuvaraj Swamy Yadav posing as a Rashtriya Swayamsevak Sangh (RSS) functionary for allegedly cheating government job aspirants by convincing them of his “strong political connections”.

The CCB sleuths arrested Yuvraj, a resident of Nagarabhavi and seized 100 cheques worth Rs 91 crore from his residence.

After his arrest, Joint Commissioner of Police (Crime) Sandeep Patil told reporters that a complaint was filed by a person who had given Yuvaraj Swamy Rs 1 crore after the accused had promised him a tender for a project.

The CCB chief said that Yuvraj had allegedly taken Rs 10 crore from an educationist-turned politician from north Karnataka by promising him to help procure a ticket to contest the upcoming Belagavi by-elections.

The politician demanded his money back and Yuvraj told him that he had given the cash to different people in the state and central governments and could not return it. The politician filed a complaint through a third party, who was also allegedly duped by Yuvraj.