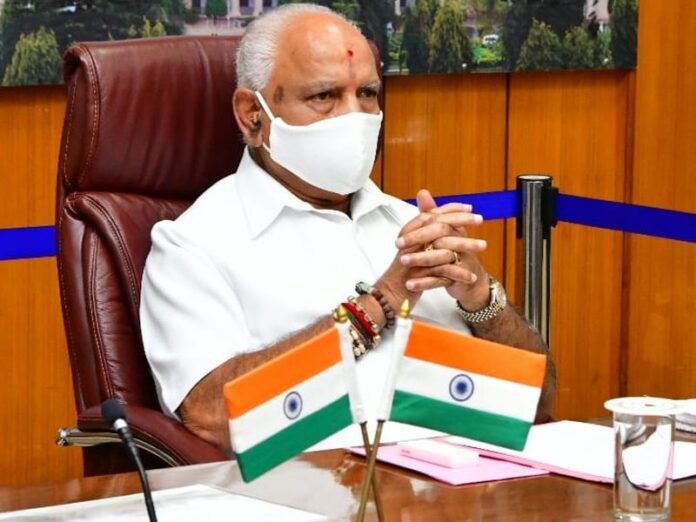 In a big relief to temple goers, the state government decided to allow religious places to open to the public for ‘darshan’ only and shopping malls will also be allowed to function.

However, educational institutions, theatres, cinemas and pubs will remain closed.

After a meeting with the experts, bureaucrats and ministers on reviewing Covid situation in the state here, Yediyurappa said that these relaxations will be in effect from July 5 to July 19, while the night curfew will continue on weekdays between 9 pm and 5 am but the weekend curfew has been lifted completely.

He added that sports complexes and stadia can be opened only for training purposes, while social, political, entertainment, academic, cultural, religious functions and other gatherings and large congregations have been prohibited.

The government has also decided to increase the guests for weddings and family functions are permitted with the presence of not more than 100 people from the present limit of 40 guests and for cremations, up to 20 people can gather.

Answering a question about reopening schools, pubs and theatres, Yediyurappa said, “We will hold a separate meeting to discuss this issue.”

He added that the deputy commissioners (DCs) will have the prerogative to impose any restriction as they deem fit depending on the situation in their respective districts.

The government also decided to operate public transport systems – Metro and bus services – allowed to operate up to its maximum seating capacity.

“All shops, restaurants, malls, private offices will be allowed to operate in their full capacity but in strict adherence to Covid appropriate behaviour failing which action will be initiated under the Disaster Management Act, 2005,” the CM cautioned.

He said this during a coordination meeting in Town Hall in the city regarding enforcing Covid safety rules effectively within BBMP jurisdiction.

“Our teams will strictly keep vigil on people such as wearing masks and maintaining distance and each team will have four marshals who will visit and regulate highly crowded areas,” he added.