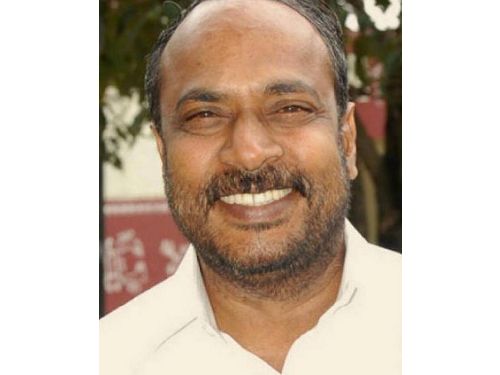 After the autopsy the late politician’s body was taken to his Madagadakere farmhouse in Sakarayapatna, where his son, Sonal performed last rites amid chanting vedic hymns.

The family of the deputy chairman had sought a public funeral for Dharme Gowda, with state honours.

In the wee hours of Tuesday morning, Gowda was found dead on a railway track at Gunasagar village of Kadur in Chikkamagaluru and a death note was recovered by the police.

Both the Railway police and the Chikkamagaluru police have launched an inquiry into the sudden death of the politician.

“It is shocking to hear the news that Dharmegowda committed suicide. We lost a politician of impeccable personality. May the Lord have mercy on the family and fans of Dharmegowda. His death is a loss to our state and to the organization. May the Lord grant this painful power to his family and relatives,” Kumaraswamy said.

JDS supremo H.D. Deve Gowda also grieved the deputy chairman’s death saying, “It is shocking to learn the news of Deputy Speaker of the State Legislative Council and JDS leader SL Dharmegowda suicide. He was a calm and decent man. This is the loss of the state.”

Expressing shock over the news, Yediyurappa said he is getting details of the incident from senior officials in Kadur.

“Shocked by the news of the death of Vice-President of the Legislative Council, SL Dharmega Gowda. Cannot believe it. His tragic end as a legislator and as the deputy vice president is extremely sad. I pray that the Lord grants the power to his family and fans to bear the loss. Om Shanti. I am getting details of the incident from senior officials,” the Chief Minister tweeted.

Besides, Karnataka Social Welfare minister B. Sriramulu also grieved the loss of the senior politician saying, “The news of the untimely demise of Shri SL Dharmega Gowda, the Vice-Chairperson of the Vidhan Sabha, is very sad. I pray to the Lord that his soul may be well.”

According to sources, Gowda had left his home in Sakharayapatna in an old personal Santro Car on Monday evening and came to Gunasagar at around 6 pm.

Prior to leaving his home, he spoke to a few people and gathered information about train timings as well. He then asked the driver and his official gunman not to accompany him as he was going to meet someone.

When Gowda did not return, the panicked driver reportedly called home at night, his family alerted authorities who mounted a search.

Based on cell signals, they located his body on the Mankenahalli railway track.

The 64-year-old was known to have close links with party supremo, H.D. Deve Gowda and H.D. Kumaraswamy. He is the brother of S.L. Bhoje Gowda, also a Legislative Council member.

His father S.R. Lakshmaiah was a three-time legislator from Birur constituency, which is now known as Kadur assembly seat post delimitation exercise.

The JDS leader was in the news earlier this month when he was pulled down from the Chairman’s seat by Congress members over a row pertaining to the no-confidence motion initiated against Chairman K. Prathap Chandra Shetty.