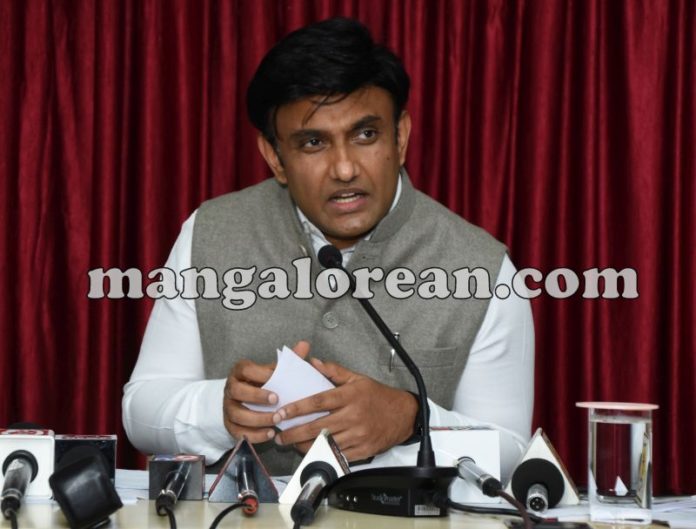 “We are revamping the public healthcare system across the state despite the financial crunch due to the pandemic with a medical college in every district and super-specialty hospitals,” said Sudhakar at a function here.

Since the ruling BJP came to power in the southern state in July 2019, the state government cleared four medical colleges and three of them are functioning, with the fourth — Atal Bihari Vajpayee Institute of Medical Sciences to be unveiled in this tech city on Tuesday.

“Our aim is to have a medical college with a super-specialty hospital attached to it in every district across the state to provide best health care so that people need not go to cities for treatment,” asserted Sudhakar, a medical doctor.

In the 30 districts across the southern state, government-run medical colleges are in 21 districts and none in 9 districts.

“We plan to build a medical college in each of the remaining 9 districts with modern hospitals under the public-private partnership (PPP) model,” said Sudhakar.

The state government ramped up oxygenated beds to 30,000 from 6,000 in cities and towns across the state over the last 9 months to treat Covid patients, whose number shot up to 9,16,909 till Sunday since the pandemic broke on March 8.

Though Karnataka has the second largest number of Covid cases in the country after Maharashtra, 8,92,273 patients recovered while 12,070 succumbed to the infection till Monday.

As the epi-centre of the virus, Bengaluru accounted for over 50 per cent of the Covid tally in the state, with 3,86,908 positive cases and 4,304 deaths during the last 9 months, though 3,74,378 recovered and discharged till Monday.

The state health department has also given Rs 125 crore as special allowance to all corona warriors, including doctors, nurses, para-medics and frontline staff who contained the virus spread and treated Covid patients across the state.

Lauding the corona warriors for containing the pandemic with a high success rate, state Chief Minister B.S. Yediyurappa said Prime Minister Narendra Modi had assured the country that government spending on healthcare would be increased to 2.5 per cent of the GDP (Gross Domestic Product) from 1.5 per cent by the NDA government.

“The central government’s Ayushman Bharat is being implemented in our state, with health cover to all, including those above poverty line,” said Yediyurappa after inaugurating ‘Arogya Soudha’ (new health secretariat) in the city’s northwest suburb.

The new secretariat will house all the 53 offices of the state health and family welfare department and medical education.

Assuring people of providing best healthcare with compassion, the chief minister appreciated Sudhakar for putting in best efforts to reform the healthcare in the state in a span of 9 months.

Sudhakar, who defected to BJP from Congress in November 2019 and was re-elected from Chikkaballapur assembly segment, about 70km east of Bengaluru, in the December 5, 2019 by-elections, became cabinet minister on February 6, 2020, along with 9 other re-elected legislators who also defected to the BJP.

The state government is also upgrading all the 2,380 primary health centres (PHCs) across the state with modern equipment and increased bed strength.

“Funds will be allocated for upgrading all the PHCs in the state budget for fiscal 2021-22,” said Yediyurappa on the occasion.

The state health department will also increase the staff strength of the centres and services to the patients.