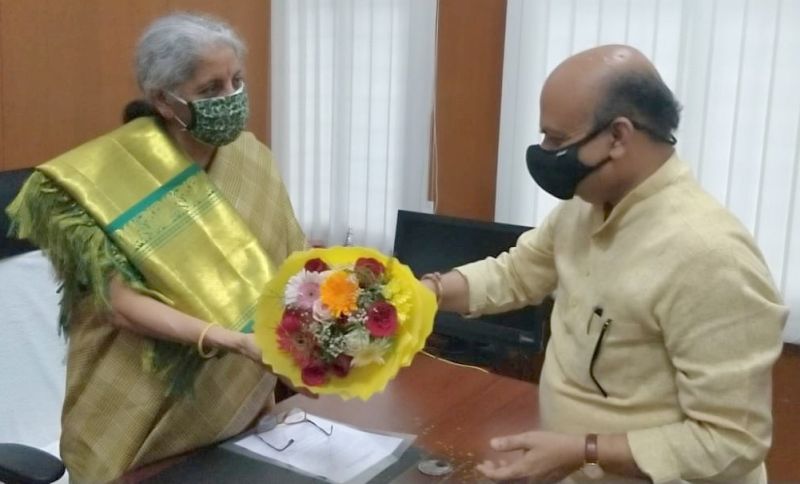 Bommai, who represents Karnataka in the GST Council, met and submitted a detailed memorandum to Union Finance Minister Nirmala Sitharaman, who is on a two-day visit here.

He told reporters that she agreed, in principle, to release the state’s pending compensation of Rs 11,800 crore at the earliest.

“Besides seeking early release of GST compensation, I have also requested her to release grants to revised schemes from the Union government,” he said.

According to him, Sitharaman has assured him that in order to make up for losses arising out of the pandemic, the Centre has decided to borrow and pass it on as GST compensation to states just like the previous year.

During 2020-2021, the Centre had borrowed and passed on Rs 12,047 crore to Karnataka to offset losses arising out of the pandemic.