Udupi: Having received several complaints from Endo-victims regarding the discrepancies in providing monthly pension, medical treatment and other relief, Karnataka State Legal Services Authority (KSLSA) has decided to redress all the grievances of the affected people in providing each and every one the benefits. 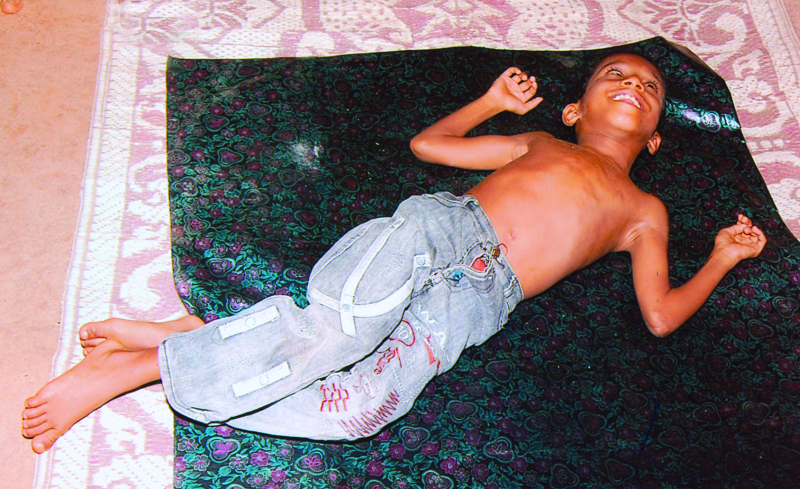 Recently, KSLSA convened a virtual meeting in this regard presided by Justice K.N.Phanindra, Former Judge of Karnataka High Court (presently heading the committee to implement “Legal Services to the Mentally ill and Mentally Disabled Persons Scheme, 2015”) to find out solutions to the problems faced by the Endo-victims. The Committee collected detailed information from the Secretaries of District Legal Authorities of South Kanara, Udupi and Uttara Kannada as well as from the Human Rights Protection Foundation (HRPF), Udupi.

Nurturing hapless victims is a problem

More than 8600 persons in 450 villages of three coastal districts of Udupi, D.K and Karwar are affected due to ariel spraying of Endosulfan by Karnataka Cashew Development Board continuously from 1980 for 20 years. While many children are born with physical abnormalities and various Central Nervous System Disorders due to the toxicities of Endosulfan on the fetus, elders are suffering from fatal diseases like Cancer, Epilepsy, Asthma, Endocrine Disruptions etc. Presently, these children are around 30 to 40 years of age and most of them have lost their parents. There are no medical facilities to take care of such Endo-victims at their huts or in their villages. To rehabilitate these Endo-victims, Karnataka Government had issued an order dated 31 August 2013, which is yet to be implemented.

No pension for victims suffering from deadly diseases

As per the judgment of the Hon’ble High Court of Karnataka, endo-victims suffering from disabilities from 25 to 60 % should be paid a monthly pension of Rs 1500/- and children with more than 60% of disabilities Rs 3000/- per month. Though many suffer from Cancer, Epilepsy, Schizophrenia and Depression, they have been deprived of pension simply because their disability is below 25%. They do not have any source for livelihood as they are unable to work. Many are struggling for 2 square meals though they are identified as endo-victims and suffering due to fatal diseases. The Committee felt that such victims are to be recommended for monthly pension.

Mobile Clinics must be replaced with Physiotherapy centres

Four mobile clinics are operating in D.K District to provide physiotherapy to endo-victims. As per the information provided, each mobile clinic treats 6 to 8 patients a day. On average, about 800 victims get therapy once a month. How and when the remaining about 3000 victims will get the physiotherapy? The cost of each vehicle is said to be 12 lakhs. In addition, a total amount of 50 lakh rupees is being spent every year towards the salary of staff and other expenditure of all the four vehicles. Instead of these mobile units, HRPF has requested the committee to recommend the installation of physiotherapy equipment in one of the Primary Health Centres for every 5-6 villages.

The Discrepancy in relief distribution

The Committee observed the disparity in providing the benefits such as ration, medicines and other facilities to the victims. As the criteria to include victims to various categories is being decided by the officials of Revenue and Health Department separately in each district, the discrepancy has crept in. For example, in South Kanara District, victims with disabilities percentage of 25 to 59 are getting Rs 1500/- per month. Victims with 60% and above are getting Rs 3000 per month. But Victims in Udupi District with a certificate of 60 % disabilities get Rs 1500/- per month because the officials in Udupi district, have decided that the victim should have a minimum of 61 % disabilities to get a pension of Rs 3000/-.

After noticing such anomalies, Justice K. N.Panindra has asked HRPF, Udupi to prepare a flawless Action Plan for providing benefits to endo- victims which could be applicable to all three districts.

Endo Victims to get increased Pension

Endo-victims of all the 3 districts having a minimum of 60% disabilities are eligible to get Rs 4000 as monthly pension.

The Commissioner of Pension Department gave this information in the virtual meeting held on 7th June 2021.

Details are invited from aggrieved endo-victims

Details are invited from the endo-victims who have been deprived of benefits so far, along with the disability Assessment Certificate issued by the Government Doctors. The Details should be sent to the following address as soon as possible.

The Most Loved Ice Cream Since 1975, Ideal Ice Cream Opens...

Independent Houses and Flats for Sale

Father Muller Hospital Doctors Go All Out to Save a Man’s...