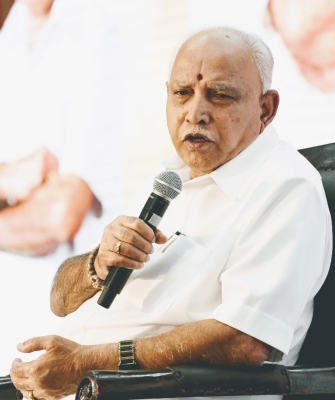 Bengaluru: Karnataka would construct 9 lakh houses across the state over the next 2 years for Scheduled Caste beneficiaries, Chief Minister B.S. Yediyurappa announced on Thursday.

“Of 9 lakh houses, 5 lakh units will be built as part of state projects and 4 lakh units under the Central scheme,” he told reporters after a review meeting of the housing schemes with Housing Minister V. Somanna and officials.

The state housing scheme provides Rs 1.75 lakh subsidy to beneficiaries and Rs 1.20 lakh to others for building their own house across the state.

The state will allot 100 houses to beneficiaries in each gram panchayat across the southern state.

Houses will be built under the state government’s Basava housing project, the Ambedkar Nivas scheme, the Devaraj Urs housing scheme and the Vajpayee urban housing project.

“About 5,000 houses will be distributed to the beneficiaries in districts across the state on August 15 to mark the country’s 75th Independence Day under the ‘Chief Minister’s 1-lakh housing scheme,” Somanna added.