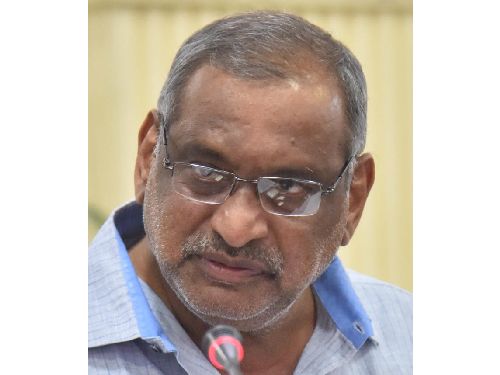 Karnataka to come out with an ordinance to ban cow slaughter

Bengaluru, (UNI): Karnataka Cabinet has decided to come out with an ordinance to ban cow slaughter in the State as Anti-Cow slaughter bill is yet to be passed in the Legislative Council.

Briefing newsmen after the Cabinet meeting, Minister for Law J C Madhuswamy said on Monday that slaughter houses will continue to function and beef consumption will not be prohibited.

Pointing out that the law existed for decades, he said that there was a ban on slaughter of cows until the age of thirteen. We have just extended it with the intention that older cows should not be abandoned.

Since the prohibition does not extend to buffaloes, there is no ban on beef consumption,” Madhuswamy said,

Also, in the earlier law, there was much scope for litigation on the age of the cows. The new legislation would put an end to such confusion, he added.

The government is also looking at building goshalas to ensure that aged cows that are not used for milching, do not become a burden on the farmer. The ordinance is likely to be sent to the Governor in a day’s time, he added.

The Karnataka Prevention of Slaughter and Preservation of Cattle Bill was passed in the Legislative Assembly, but not in the Legislative Council. That’s why the government will promulgate an ordinance. Cow is the root of India’s culture, faith and farmers’ livelihood,” Animal Husbandry Minister Prabhu Chauhan said in a statement, expressing concern over the decline in the number of cows year-on-year.

“All of us must rise above politics to help the growth of the State’s cattle assets. But, opposing this Bill for political reasons and misleading the public is intolerable,” he said.

Quoting the 2019 Cattle Census figures, Chauhan said 2.38 lakh cows are slaughtered every year. “Every single day’s delay will lead to the slaughter of 662 cows. If it continues at this pace, we aren’t far away from a time when cows will remain only in books,” he added