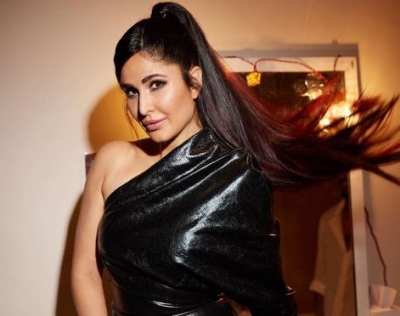 Mumbai:  Bollywood actress Katrina Kaif, who is gearing up for her upcoming horror-comedy offering ‘Phone Bhoot’, shared what intrigued her about the script and to her, what was the most fun aspect of playing a ghost in the film, which also stars Ishaan Khatter and Siddhant Chaturvedi.

The actress told IANS, “The most fun aspect of playing a ghost was the world of the film itself. I realised that it’s been quite a few years since I did a comedy film. So, there was some kind of desire to get back on a film set which entailed laughter and quirkiness and a taut script.”

Praising the writers of the film, she further mentioned, “‘Phone Bhoot’ is a film where you can see that writers have created something that they have been really passionate about for years together. They have infused a lot of things, including the pop-culture references and the gags in script and the dialogues, and it will show on the screen when the viewers get to see it.”

‘Phone Bhoot’, produced by Excel Entertainment, has been directed by ‘Mirzapur’ fame director Gurmeet Singh, and is arriving in cinemas on November 4, 2022.