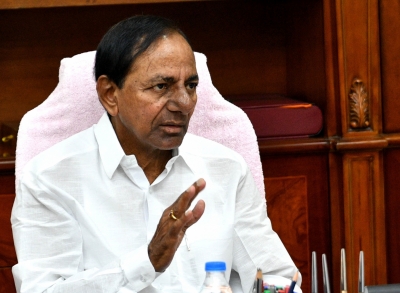 He presided over Telangana Rashtra Samithi (TRS) Parliamentary Party meeting to discuss the strategy to be adopted during the session.

KCR, as the Chief Minister is popularly known, gave direction to the MPs on the issues to be raised in the Parliament. He mentioned several issues.

He made it clear to the MPs that as far as the irrigation waters are concerned, no injustice should be meted out to Telangana under any circumstances.

He suggested that whenever situation demands, the MPs in both the Lok Sabha and thee Rajya Sabha should fight for the state’s rights in river water allocations.

KCR also asked the MPs to fight for the pending issues relating to the commitments made by the Centre during the bifurcation of the State. He advised the MPs to submit memoranda to the ministers concerned in this regard. He instructed the MPs to meet the concerned minister to solve the problems with regard to civil supplies.