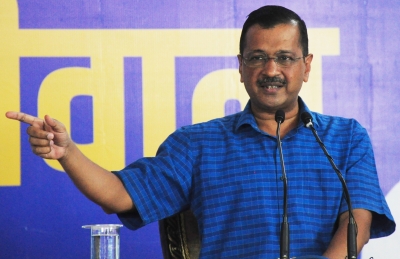 Announcing the guarantees, Kejriwal said that the first is that no new landfill sites will be formed in the city. “We will clear off all three garbage mountains and ensure that no more gets formed”. Global experts will be roped in for a solution to the menace, he added.

He also pledged to make the MCD corruption free. As the building department is said to be the most corrupt, an online easy process will be developed to pass the map of new buildings, he said. The third guarantee, he said, is the practical and permanent solution of parking.

As part of the fourth guarantee, Delhi will be made free from stray animals like dogs, cows, monkeys, while under the fifth, the MCD roads will be repaired.

Delhi will be developed as the city of parks, he announced as the seventh guarantee. The eighth guarantee includes regularising the MCD staff with salaries on time. For traders, the process of obtaining licenses would be simplified which will end the Inspector Raj, he said as the ninth guarantee.

As the last tenth guarantee, Kejriwal said, “We will develop vending zones and give licenses to those working on Revdi Patadi.”

“BJP is scared of growing acceptance of the Aam Aadmi Party that’s why they have scheduled both Gujarat and MCD elections together. It wants AAP’s campaign to be diverted. But people have decided to vote for AAP in Gujarat and in Delhi MCD as well”, said Kejriwal.