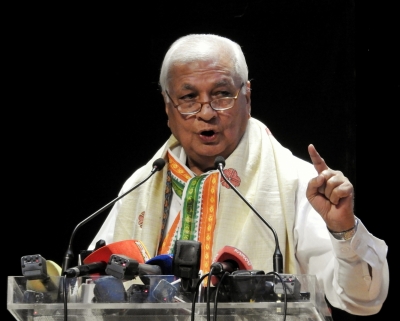 After taking on the CPI(M)-led Kerala government over the appointment of vice-chancellors in universities, Kerala Governor Arif Mohammed Khan has shifted his focus on the issue of pension for personal staff of Ministers.

Thiruvananthapuram: After taking on the CPI(M)-led Kerala government over the appointment of vice-chancellors in universities, Kerala Governor Arif Mohammed Khan has shifted his focus on the issue of pension for personal staff of Ministers.

Sources in the know of things said that Khan has decided to work on this and is studying the practices followed by other states. He will base the next move on the findings of the study.

As of now, all the personal staff who are appointed after completing two years in service are eligible for lifelong pension and other benefits. This leads to a mad scramble to get into the staff of Ministers.

Even a Union Minister does not enjoy such a privilege, Khan has said earlier while condemning this practise.

In the defence, to become eligible for lifelong pension, one has to serve a minimum period of more than a decade. But in Kerala, those in the staff of Ministers need to put in only two years.

Currently, Vijayan leads with 33 personal staff members, followed by his son-in-law P.A.Mohammed Riyas and Abdurehman who both have 28 each and State Transport Minister Antony Raju has the least with 19 members.

With his deft actions and sharp reactions, Khan has successfully managed to take on Vijayan on the vice chancellor issue, especially when the apex court ruled that a Vice Chancellor appointed in violation of the UGC rules has to quit and she did.

And Khan then asked the VCs of 10 other Universities to do the same and that issue is now being looked at by the high court as already another VC has also been asked to leave by the court.

So all eyes are on Khan’s return to the state on Sunday and the action he takes on this front.