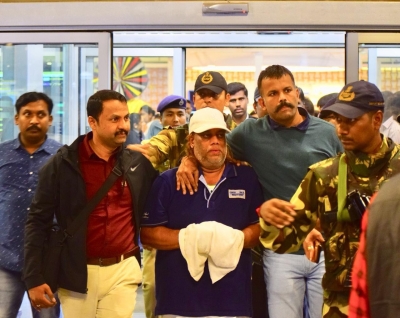 Thiruvananthapuram/Bengaluru: A team of Kerala Police on Thursday questioned underworld don Ravi Pujari, who is lodged in a Bengaluru jail in a 2016 case against him for allegedly threatening state Congress leader Ramesh Chennithala.

A top police official, speaking on the condition of anonymity, said: “A team of police officials have already questioned underworld don Ravi Pujari in the case related to him threatening opposition leader and former Kerala Home Minister Ramesh Chennithala over telephone. Police team has got his replies to the questions and the team will be back today (Thursday) itself.”

Apart from the case of threatening Chennithala, Pujari is accused of another high-profile crime in Kerala.

Pujari’s accomplices had attacked a beauty parlour run by actress Leena Maria Paul at Kochi in a bid to extort money from her. The gangster admitted that he had assigned the contract to two of his accomplices after she had ignored his warnings on some of her dealings.