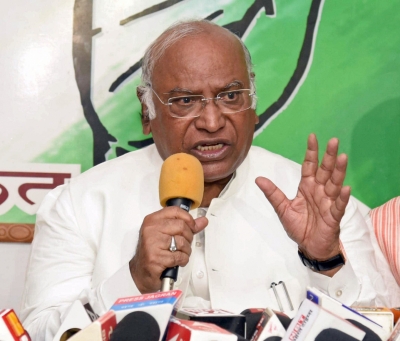 Bhubaneswar:  Veteran Congress leader Mallikarjun Kharge on Friday met Odisha Congress leaders and sought their support for his candidature in the AICC Presidential election, scheduled to be held on October 17.

Speaking to reporters here, Kharge said he has resigned from Leader of Opposition and filed nominations for the AICC President’s election after receiving calls from many of his party leaders.

The Congress leader said he has no other manifesto to contest the election within the party. He will implement the outcomes of the Chintan Shivir held at Udaipur in Rajasthan four months ago.

“About 1,000 Congress leaders across the country had participated in the deliberation and the outcomes, also called ‘Udaipur Declaration’, is my priority,” he said.

Kharge said he is committed to implementing the party’s decision to give priority to leaders of less than 50 years old in decision making.

Kharge and Thiruvananthapuram Lok Sabha MP Shashi Tharoor are in the fray for Congress Presidential poll as the party high command has decided that, this time, no one from Gandhi family will contest for the post.