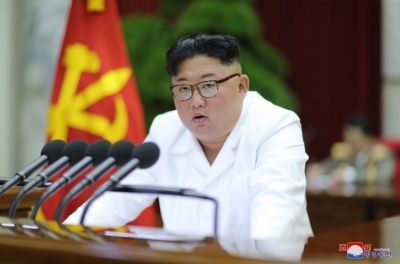 Seoul:  North Korean leader Kim Jong-un could skip a New Year’s Day address this week as it was likely that he could unveil policy directions at a ruling Workers’ Party Congress, experts said on Monday.

Kim has delivered a televised address to the nation on January 1 almost every year since he came to power in 2011 during which he unveils his annual policy plans, reports Yonhap News Agency.

Kim, however, skipped such an annual address this year.

“Rather than repeating what he has to say twice, he would think that it would be effective to focus his entire message on the upcoming party congress,” said Kim Yong-hyun, a North Korean studies professor at Dongguk University.

The North has been preparing to hold the party congress, though it has not specified the exact date for the gathering.

Kim is expected to attend the congress and deliver a speech.

Some expected that Kim might send his New Year’s message through state newspapers, not a televised speech, as was the case in 2012, the first year in office.

“Kim’s speech, if delivered, might be focused on his gratitude for people going through the triple-whammy challenges and console their suffering rather than dealing with details on policies,” said Hong Min, a senior researcher at the Korea Institute for National Unification, a state-run think tank.