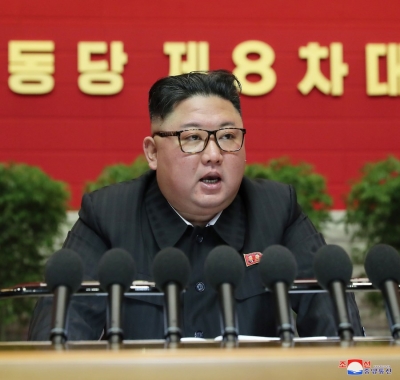 Seoul:  North Korea has endorsed the country’s supreme leader Kim Jong-un as the General Secretary of the ruling Workers’ Party of Korea at its ongoing eighth Congress, a state-media report said on Monday.

Pyongyang’s official Korean Central News Agency said in the report that the election took place at the sixth-day session of the Congress in the capital city on Sunday, following the North’s revision of party rules to reinstate the secretariat system that was scrapped in 2016.

“The 8th Congress unanimously adopted a decision on electing Kim Jong-un as General Secretary of the Workers’ Party of Korea in reflection of the unanimous will and desire of all the delegates and other Party members, all the people and service personnel of the People’s Army,” Yonhap News Agency quoted the KCNA report as saying.

Since Kim took office following his father’s death in late 2011, the North has called Kim Jong-il the “eternal General Secretary” of the party and Kim Il-sung the “eternal president” of North Korea.

KCNA said the Congress was to continue with a seventh-day session on Monday.