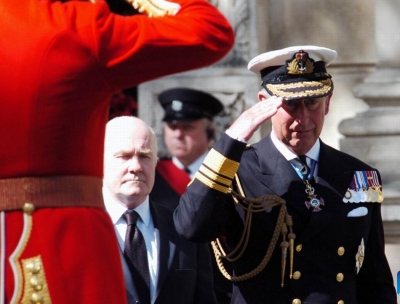 London: King Charles III welcomed members of the Asian community, including Indians, who came to the UK some 50 years ago after they were expelled by Ugandan dictator Idi Amin.

The first major engagement to take place at Buckingham Palace since royal mourning was attended by distinguished business leaders from Uganda and British-Asian and Indian community members, including High Commissioner to the UK, Vikram Doraiswami.

About 27,000 of them fled to the UK and were placed in temporary military camps across the country.

Sixteen temporary resettlement and reception camps were set up around the country with 63 voluntary sector organisations mobilised to provide humanitarian support for the evacuees.

“The ceremony offered thanks to over 60 voluntary organisations who provided humanitarian assistance and reunited many of the refugees and volunteers,” The Royal Family said in a tweet.

The King spoke to Virginia Bottomley and Peter Bottomley, MP, who opened their home to Indian-origin Razia Jetha and her late husband Roshan when they arrived from Uganda in 1972, The National reported.

“It was so appalling the situation, we felt we must do something and Peter went down to the reception camp at West Malling and came back with the Jethas,” said Virginia Bottomley, holding hands with Razia.

Arriving with nothing, Ugandan Asians quickly set about trying to rebuild the luxurious lives many had lived in East Africa.

As former British Prime Minister David Cameron had said in 2012, Indians and Asians from Uganda are “one of the most successful groups of immigrants anywhere in the history of the world”.

Indians first moved to East Africa in the 1890s to work in infrastructure projects.

By the 1970s, they were leading in business and other fields, which got Amin worried, who gave them 90 days to leave Uganda, with only $50 each.

They left behind homes, businesses, friends and memories for an uncertain future in Britain, Canada, India and Kenya.

Indians from Uganda settled in various parts of Britain, with a large concentration in the east Midlands town of Leicester.

Twinned with Rajkot, the ‘multicultural’ Leicester is reputed to host the largest Diwali celebrations outside India.