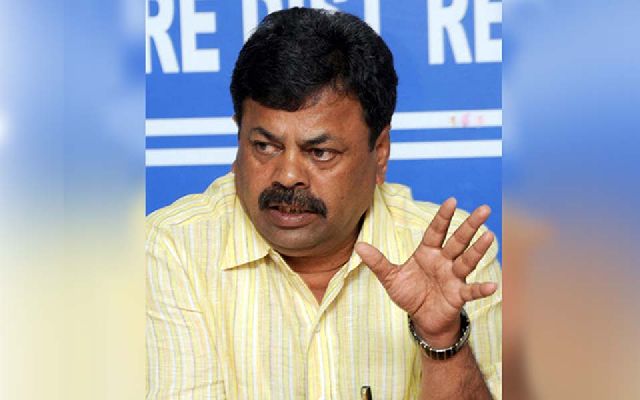 Davanagere: Karnataka BJP MLA M.P. Renukacharya on Saturday expressed displeasure over “negligence” by the police department in handling the death case of his nephew Chandrashekar.

“If the son (Renukacharya calls his nephew as his son) of MLA can’t be given protection, what will be common men’s plight?” Renukacharya said.

His nephew Chandrashekar’s decomposed body was recovered from a canal on Thursday.

The police department maintained that the incident had happened due to over speeding of the car. While, suspicions were raised on Chandrashekar being kidnapped and murdered.

Talking to mediapersons, Renukacharya said: “It is a pre-planned murder. My son has been brutally tortured and killed. The negligence of the police department is clearly visible.”

“My party workers and supporters had used drone cameras. They have detected the car. All this is being done by people of my constituency. Police did not do any of it. I am not saying it, people are talking about it,” he added.

If the deceased Chandrashekar’s soul has to rest in peace, the investigation of the case has to be conducted appropriately. Chandrashekar was growing as my successor in Honnali assembly constituency, he stated.

Renukacharya maintained that “One Kiran was with Chandrashekar, our supporters. The truth has to come out. I am maintaining calm. Don’t try to provoke me.”

“I got life threats one year ago. I had spoken about it with local police. They should have investigated the matter. Security should have been tightened. No security was given,” he charged the police department.

Renukacharya maintained that the miscreants had killed his nephew at a different place and dumped his body with the car into the canal.

Renukacharya also stated that the hands of his nephew were tied. BJP workers have also expressed their displeasure over the handling of the case by the police department. The police have taken up further investigation.

Chandrashekar, 24, had gone missing on Sunday. It was suspected that he was kidnapped.

Acting on information provided by Renukacharya’s supporters, the police had found Chandrashekar’s car inside the canal on November 3. After lifting the car with the crane, the decomposed body of the young man was found.