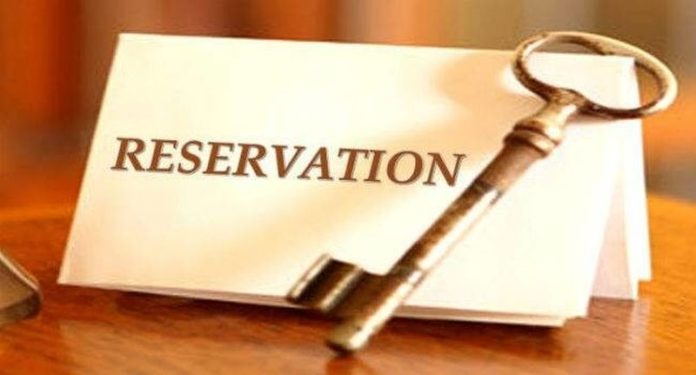 Bengaluru: The Karnataka cabinet on Saturday gave nod to enhance the reservation for the Scheduled Castes and Scheduled Tribes in the state as per the recommendations of Justice Nagamohan Das Committee report.

Law Minister J.C. Madhuswamy stated that a sub-committee has been formed under the Law Minister in connection with internal reservation. The government order regarding enhancement of reservation would be out in one or two days.

This would help education and recruitment and the government has taken a decision to empower SC and ST communities. There are 103 castes under SC category and 56 to 57 castes under ST category. These communities cannot be neglected, he stated.

Chief Minister Basavaraj Bommai on Saturday said: “I feel blessed since I got the opportunity to hike reservations for SC/ST. All of our efforts must be towards humanity. Religion is like a vehicle to reach it. If they understand this, there will be love and affection not only in the state but in the country and the world. Our country needs a culture. The value of any country will increase depending upon the culture, heritage and the history of every citizen”.

Speaking after inaugurating ‘Sarvadharma Sansat-2022’ organised by Rashtriya Basava Pratishtana here, he said when equal opportunities are given to bring changes, they will come up according to their strength and capacity. It is not possible to build a healthy society if they are denied opportunities and remain oppressed and face problems for generations.

The CM said 12th century social reformer Basavanna has propagated equal opportunity, respect and work dedication for all. “There is a need to bring equality not only in religion but also in gender. They must bring equality from family to mankind. Knowledge has no caste or religion.”

The religious seers belonging to SC and ST communities have felicitated CM Bommai at his official residence Krishna for taking a decision to enhance reservation.