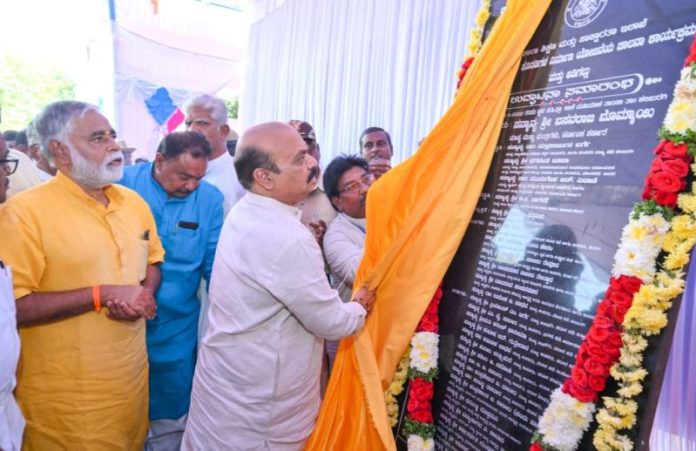 Bengaluru: Karnataka Congress has launched a campaign against the state government’s “Viveka Scheme” under which newly-built classrooms will be painted in saffron colour.

The Congress started the campaign with the hashtag “CM Uncle” and urged Chief Minister Basavaraj Bommai to first build toilets for children instead of painting the classrooms.

Through the campaign, Congress has posed questions to Bommai on behalf of school children.

“Throughout the state, there is a lack of infrastructure in schools. The children are struggling without toilets. CM Uncle, before painting school buildings in saffron, first build toilets, give us hygienic drinking water and facilities that would attract children to schools,” the party tweeted.

The Congress also said that the state government is implementing the scheme in the name of Swami Vivekananda who was responsible for the industrial and scientific revolution in the country, but the Chief Minister is not “forthcoming with implementing programmes which inculcate scientific temperament in students”.

“There is no good teaching, no proper midday meal, what action are you going to take? The scheme to give eggs to malnourished children is not being implemented properly. Take action to distribute eggs, do not give room for corruption in purchasing eggs also,” the party added.

Under the “Viveka Scheme”, 8,100 classrooms will be painted in saffron colour.

Besides this, the BJP-led Karnataka government is also set to start meditation classes for primary, high school and class 11 and 12 students.