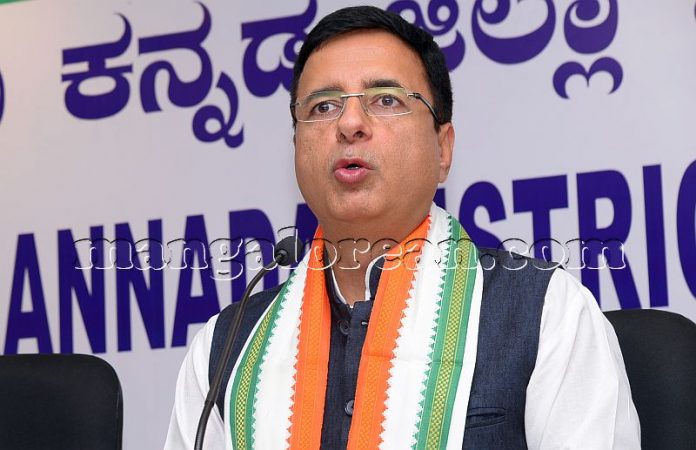 Bengaluru: The Congress seems to be in damage control mode over Karnataka Pradesh Congress Committee (KPCC) Secretary Satish Jarkiholi’s controversial remark that the word “Hindu” is of Persian origin and has a “dirty” meaning.

Though Jarkiholi clarified that he did not want to hurt the feelings of followers of any religion, he maintained that he said nothing wrong. “We should rise above caste and religion. It is not appropriate to glorify anything related to Hinduism,” he stated.

Even as Congress apologised and distanced itself from the controversial remark, Hindu organisations on Tuesday continued to slam Jarkiholi for his comments. The Congress, which is hoping to come back to power in the upcoming Assembly elections which will be held in less than six months, is concerned over the development, sources said.

Karnataka Congress in-charge Randeep Singh Surjewala has clarified that Hinduism is a way of life and a civilisational reality. “Congress built our nation to respect every religion, belief and faith. This is the essence of India,” he added.

“The statement attributed to Jarkiholi is deeply unfortunate and deserves to be rejected. We condemn it unequivocally,” he added.

Meanwhile, Jarkiholi has released a video and clarified that he had not insulted any religion or language. “It is true that I mentioned that the word “Hindu” has a Persian origin. I have demanded a complete discussion on it,” he said.

“There are records available to show that the word Hindu has different meanings. I have stressed on it,” the Congress leader stated.

“There is debate over comments on one word all over the media in the country. I am clarifying the matter. It was not the statement of Satish Jarkiholi. Thousands of similar speeches are given every day. Only my statement is highlighted,” he said.

“I am carrying out my work by exceeding the boundaries of Hindu, Persian, Islam, Jain and Buddhism. We should grow above caste and religion. Nothing wrong in what I said in this backdrop,” he explained.

There are hundreds of records regarding Persian words coming here, Jarkiholi said, adding that the news is being discussed the way Ukraine and Russia war is being talked about. It is incorrect to sensationalise things when it comes to matters regarding Hinduism.

When Hindus get killed, they get special attention. But at the same time, if Dalits get killed, it gets ignored. One should listen to the speech of late former Prime Minister Atal Bihari Vajpayee on the Hindu religion. Hindu religion is described as a way of life. The Supreme Court has also stated the same, he maintained.

“I do not want to insult anyone. All religions are equal to me. I don’t believe in caste and religion. I maintain distance from them. The debate over this matter will not benefit anyone. If the media still continues the debate over the issue, I will file a defamation case. I only sought debate over the word ‘Persian’. I have not insulted any religion or language and it was not mine, I have quoted Wikipedia,” he said.