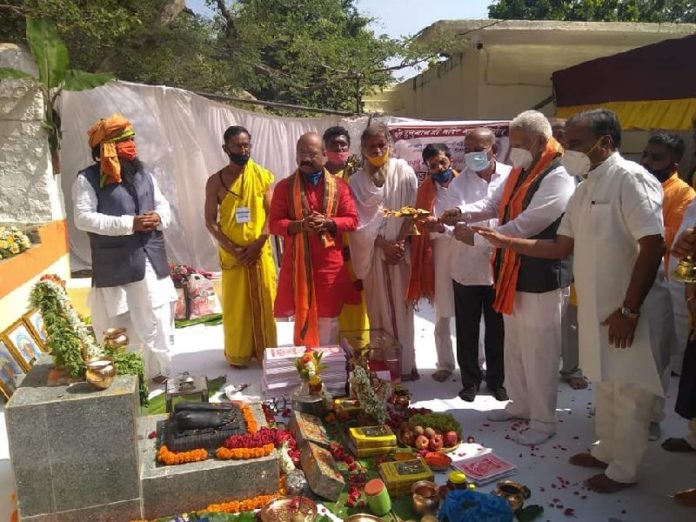 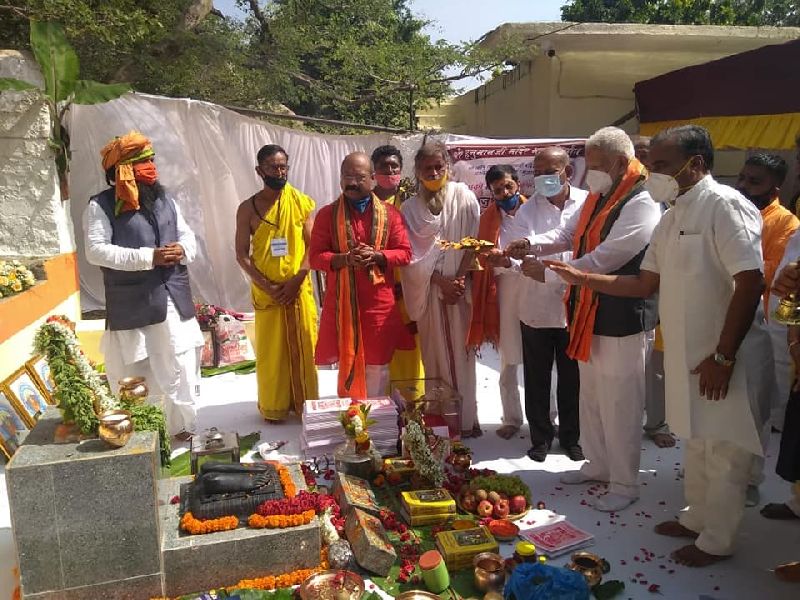 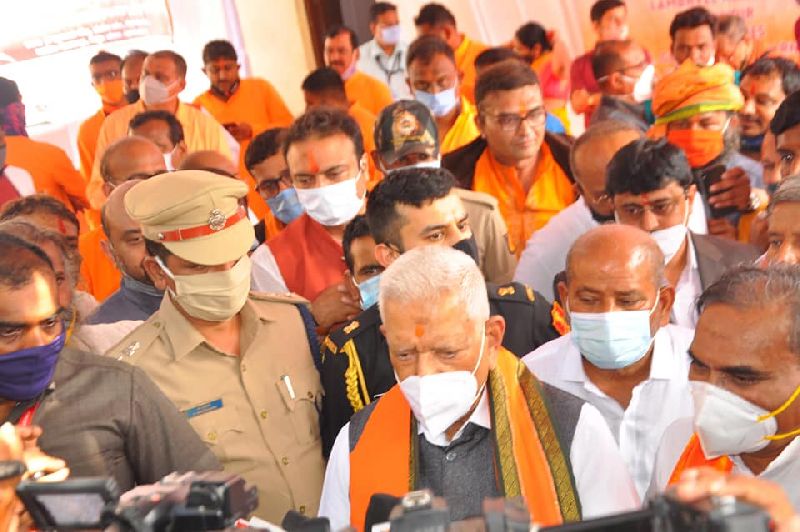 The Governor arrived by helicopter from Bengaluru and landed at a temporary helipad developed for his visit on Anegundi Ground from where he traveled in a car to reach the holy Anjanadri Hill which is believed to be the birthplace of the Lord Hanuman.

The Governor offered puja to two brick-sized stone blocks before collecting them. Considering Mr Vala’s age and his inability to climb the 525 steps to reach the summit of the holy hill, the administration had made arrangements at the foothill for him to offer the puja.

Speaking on the occasion, the Governor said that the stones would be used for laying the foundation for Hanuman Temple at his native place in Gujarat’s Anand district.
“The number of Hanuman devotees is almost equal to that of Rama devotees. This Anjanadri Hill is believed to be the birthplace of the Lord Hanuman and I am taking these stones for laying the foundation for Hanuman Temple to be built at my native place in Gujarat,” he added.