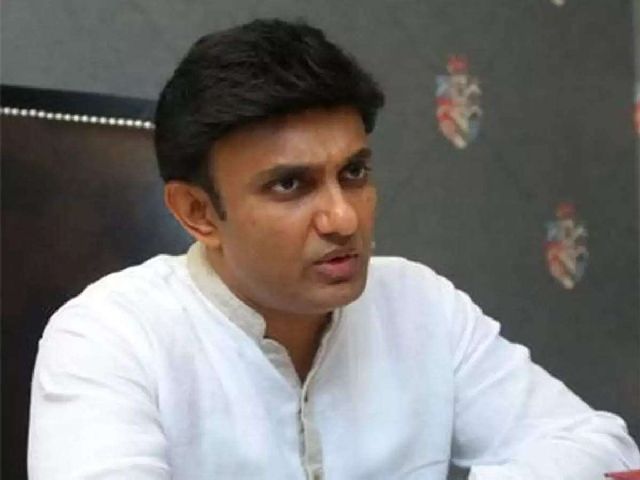 Bengaluru: Karnataka Health Minister, K. Sudhakar on Wednesday dared the Opposition leaders to come clean on their “extra-marital affairs” rather than pointing fingers at others.

Sudhakar reacted to media’s question over the Karnataka Congress’ ongoing protest inside the Assembly for the last three days demanding resignation of six Ministers who have secured an ex-parte injuction order from the court to bar media from publishing any defamatory content against them.

“This is a constitutionally guaranteed right that is given to all which we have used to protect us from falling prey to any conspiracy, the way in which one of our colleagues has already been trapped,” the Minister added.

In response to a question, Sudhakar questioned can (Leader of the Opposition) Siddaramaiah come clean? Can (KPCC president) Shivakumar come clean? Or (former speaker) K. R. Ramesh Kumar came clean on issues that are being raised in the Assembly for the last three days?

“Let there be thorough investigation on this front. Let all 225 MLAs be investigated, so that truth can come out. This is not just a case of six or seven MLAs or Ministers, this (extra-marital affairs) is all prevalent and none is untouched by this. Therefore, it is good for all, if the Congress stops prodding about the same issue for the last three days,” he said.

Meanwhile, Janata Dal (S) party’s second-in-command and former Chief Minister, H.D. Kumaraswamy said that there was no need for him (Sudhakar) to drag his name in the ongoing sleaze CD issue.

“Have I ever raised this (extra-marital issue) issue? Neither me nor any of my family members including former prime minister, H. D.Deve Gowda ever tried to corner our opponents using extra-marital affairs to malign them or expose them. Extra-marital affairs are consensual, so it need not be brought out in public,” he said.

Sudhakar added that the six Ministers who approached court are to be blamed for the present day politics.

“Had they not approached court, they would not have seen this day. They should blame themselves,” he quipped.