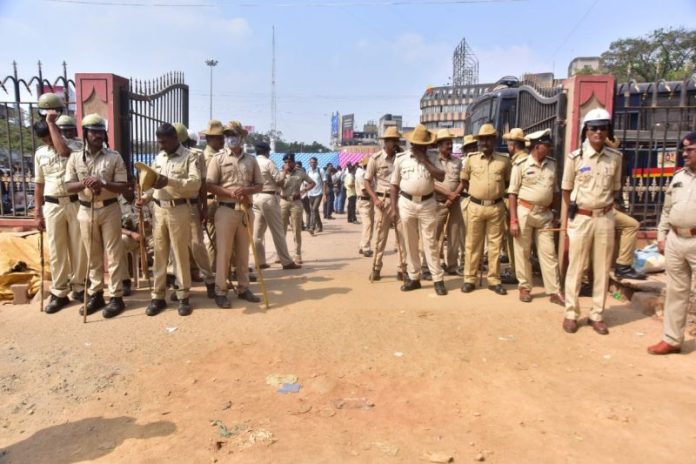 Hubballi: Hindu groups have challenged the celebration of the Tipu Jayanti at Idgah Maidan in Hubballi and announced that they will not allow the celebration to take place.

“The state government has already banned the celebration of Tipu Jayanti and how can the city corporation give permission,” asked Sri Rama Sena Founder Pramod Muthalik. He alleged that there were political calculations behind the move.

Tipu Jayanti is celebrated on November 10 and the Hubballi-Dharwad City Corporation has given permission for the same. The permission was sought by AIMIM and preparations were on for celebration on a grand scale.

Pramod Muthalik further said that he was opposed to the celebration of Tipu Jayanti in the premises of Rani Chennamma Grounds which is known as Idgah Maidan. “Tipu Sultan was a religious fanatic. We will not let anyone celebrate his birth anniversary at any part of the state,” he maintained.

“We will not let the celebration happen. We will prevent it in any circumstance,” he reiterated.

The workers of Sri Rama Sena were detained by the police when they attempted to stage a protest near the Rani Chennamma circle in Hubballi. The protest was organised to condemn the move of the local body to accord permission for celebrating Tipu Jayanti.

“Tipu is an enemy of Hindus and the Kannada language. He can’t be equated with great personalities who were martyred for the freedom struggle. He is a traitor. You celebrate anyone’s Jayanti, but not Tipu’s,” Pramod Muthalik said.

“The decision of the Hubballi-Dharwad City Corporation to celebrate Tipu Jayanti was not correct. Sri Rama Sena condemns the move,” he reiterated.