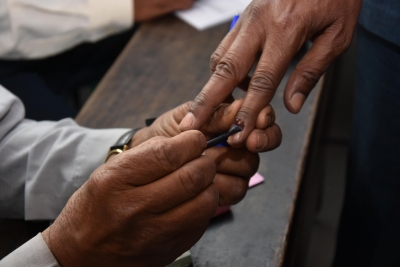 Bengaluru: Karnataka state election commission on Wednesday said it has announced results for 54,041 seats of 5,728 Gram Panchayats, while that of the remaining 36,781 seats will be announced on Thursday.

The state election commission said that the counting was still under process due to the usage of ballot papers.

“Every vote needs to be counted and in most cases recounted as many seats were witnessing a close fight. Hence, the counting is taking place in rather slow manner,” a polling official told IANS.

Even though these elections are contested without party symbols, both the ruling Bharatiya Janata Party (BJP) and the opposition Congress in Karnataka on Wednesday claimed major victories for candidates backed by them in the two-phase Gram Panchayat elections.

Karnataka BJP president Nalin Kumar Kateel has expressed confidence that candidates in gram panchayat elections, supported by the party, are winning in more numbers, and in most panchayats.

Among declared results, at least three transgender candidates won while many seats witnessed close contests. In several of the seats, close relatives like father and son, mother and daughter, daughter-in-law and mother-in-law had contested.

While the first phase had seen a voter turnout of about 82 per cent, it was recorded slightly less than 81 per cent in the second phase.