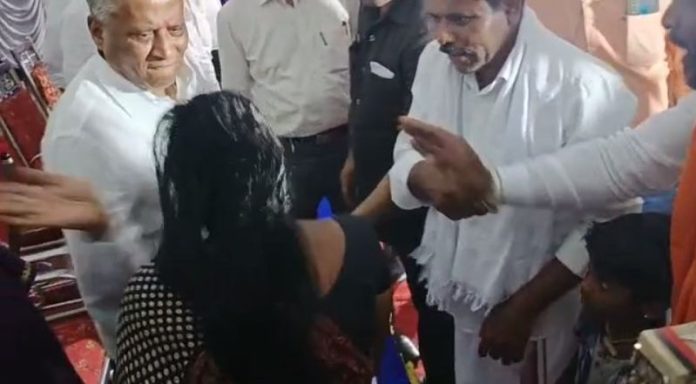 K’taka minister Somanna slaps woman, claims he was ‘stopping’ her from falling at his feet

Bengaluru: Karnataka’s Housing Minister V. Somanna stoked a controversy after visuals of him allegedly slapping a woman at a public function went viral on Sunday.

The incident took place on Saturday evening at a land deeds distribution function in Gundlupet in Chamarajnagar district. Nearly 175 people, who were eligible for the title deeds under a land regularisation in the rural areas scheme, were to receive title deeds at the event.

The woman, identified as Kempamma, later said that she was pleading with the minister to help her also get a plot title deed at the event. She denied that the minister slapped her.

The minister, who is the district in-charge for Chamarajnagar, later claimed that he was trying to push the woman away in order to “stop her from falling at his feet”.