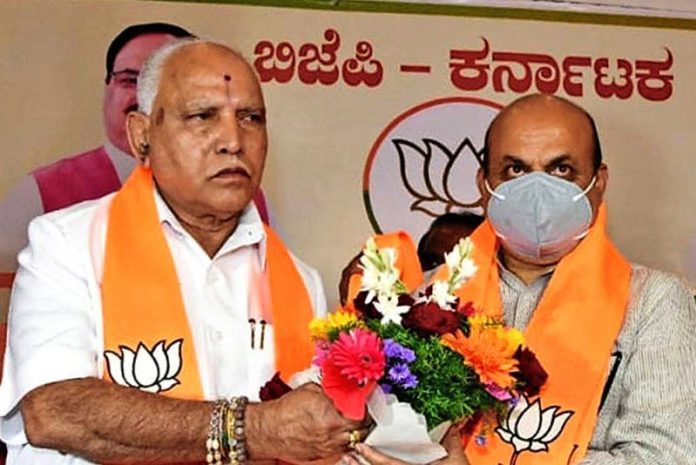 Bengaluru:  A delegation of Lingayat community will, on Thursday, meet Chief Minister Basavaraj Bommai and his predecessor B.S Yediyurapppa in connection with the recent suicide of seer Basavalinga Sree.

Investigations have revealed that Basavalinga Sree of Kanchugal Mutt in Ramnagar district was honey-trapped, tortured and forced to end life. A video clip containing the conversation of deceased swami with a woman has surfaced.

Led by the community leader Paramashivaiah, the delegation will meet Basavaraj Bommai and former CM Yediyurappa, who is also the BJP Central Parliamentary Committee member and hails from Lingayat community, and discuss the development.

The community leaders are of the opinion that Lingayat mutts are being targeted by vested interests.

Meanwhile, the police have recovered a three-page death note written by deceased swamiji before ending his life on Monday on the premises of the mutt. Police sources stated that few more pages of the suicide note have gone missing.

According to police, the death note mentions a few names. They have been trying to unlock the two mobile phones being used by the swami. Ramnagar SP Santhosh Babu has warned that if anyone has the missing pages of death note and does not submit it with the police, a case would be lodged against them.

He also stated that the mobile phones would be sent to the Forensic Science Laboratory (FSL).

The police are questioning three women in connection with honey-trapping the seer. They are also verifying whether that voice in the video clip resembles any of them.

The investigations have also suggested that there is a role of another Lingayat seer, who is eyeing on the position.

Police said that a team of 10 to 15 persons, including politicians, worked and executed the plan. The deceased seer was systematically honey-trapped and blackmailed over release of private photos and videos, police said.

The community leaders are discussing the developments surrounding the suicide of Basavalinga Sree, who raised his voice against garbage mafia and participated in agitations opposing the garbage disposal unit in the region.

As per sources, the mutt holds huge properties in and around Bengaluru.