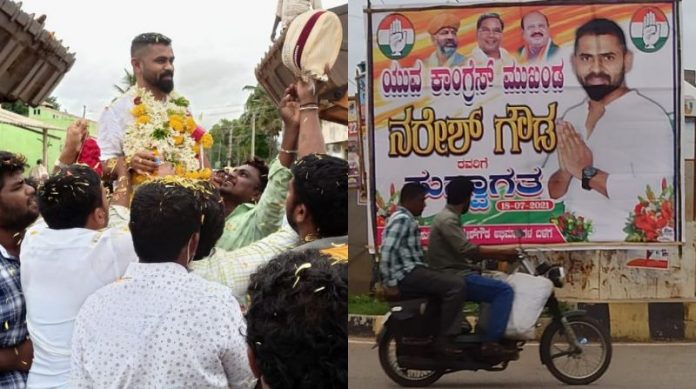 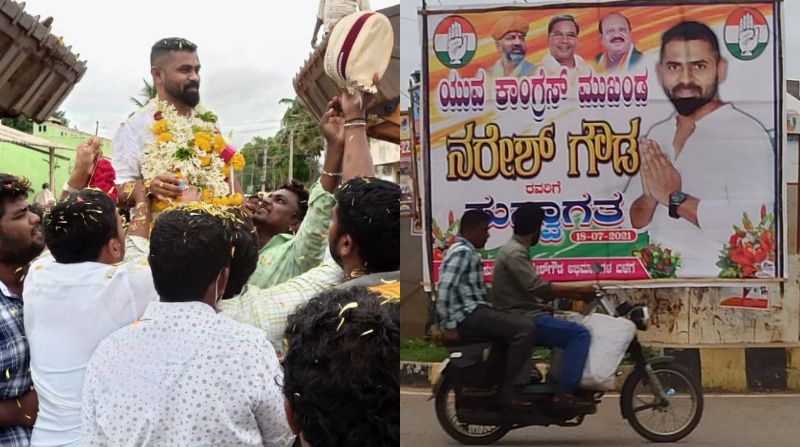 His supporters burst crackers as soon as he made an entry in his village Bhuvanahalli, in Sira raluk of Tumkuru district.

Flexes, garlands and hordes of youngsters welcomed Gowda, addressing him as an emerging Congress youth leader in the district.

Gowda worked as a reporter with a local news channel and is alleged to be a kingpin in former minister, Ramesh Jarkiholi’s sleaze CD case.

After the release of this CD in May this year, Jarkiholi was forced to quit as minister.

Following the CD case coming to limelight, Gowda had gone into hiding since May and was able to secure anticipatory bail in June. This is his first public appearance and he has made it a political entry.

Gowda is said to be a close associate of Shivakumar.