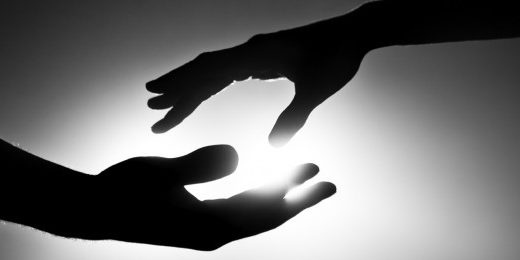 Bengaluru: An English language teacher couple working in a government school in Mysuru walked the extra mile to help two meritorious students and bring a smile to their faces.

Vani, along with her husband, who is professor in Maharani College in Mysuru, came to the rescue of the children.

Vani’s students – R. Rakshita and Pallavi – studying in class 10 are bright students who consistently secured ‘A+’ grades in examinations since 8th standard. Both students are sincere, dedicated and hardworking but they lived in utter poverty and their mothers could not afford square meals a day, as they had lost their menial jobs due to the Covid pandemic.

With schools shut for nearly 10 months due to Covid and being deprived of their mid-day meals, it had become even more difficult for the two girls to fill their bellies. One of the students, Rakshita had to worry about her house as well, as it was in a dilapidated condition.

As these students started showing less interest in their studies, the worried teacher took a small trip to their village on the outskirts to meet them. Both students initially resisted her coming over to their houses, but the determined teacher asserted that she would meet them in their homes.

To her shock, in Pallavi’s home there was no ration while in Rakshita’s house, apart from no rations, the condition of her house was even worse as it would have taken one or two spells of rains to knock down the entire structure.

Seeing these conditions, Vani instantly realised why her students were not concentrating on studies that too in crucial years like Class 10 examination.

Vani told IANS from Mysuru that first she tried to help them to get rations with the help of her acquaintances, which she did successfully. “My primary concern was to move Rakshita and her mother to a safer place as the house in which this family was put up, it was dangerous to live even for a day. Therefore, I asked my husband, Professor Hemchandra, who teaches Geography in Maharani College, and he instantly pitched in to help me out,” she explained.

In case of Pallavi, members of the Lion’s Club came forward to donate a smartphone and notebooks, to help her attend online classes while a family friend of the teacher, Assistant Director in veterinary department, Nagaraj handed over cash to her family to purchase rations and other important materials.

Hemchandra added that he was part of a like-minded friends’ group on WhatsApp consisting of nearly 40 members. “We mobilised funds to the tune of Rs 2 lakh to hire a small house on a lease agreement for three years in Ganasagarahundi village which is on the outskirts of Mysuru,” he said.

He said that they shifted Rakshita along with her mother and younger sister to this house and also deposited about Rs 40,000 in Rakshita’s account to help her procure study material and rations.

Speaking to IANS, Rakshita said she was lucky to find such an affable teacher, who took interest in her problems. “I have not decided about my future but at present I want to secure 600 marks in my SSLC (Class 10) examination,” she said.

Pallavi also said that she too wants to work in the government sector but she has not yet made up her mind. “I want to secure 100 out of 100 in all subjects, that is my aim,” she added.

Vani on her part said that she was trying to help them get Aadhaar cards as well as include their names in Below Poverty Line scheme, enabling them to secure several benefits of various government departments.

“As soon as they pass their SSLC examinations (Class 10) I will try to get them accommodated in government hostels where they get nutritious food as well as better education facilities,” Vani said, adding that “these children are born to achieve something different, that is what I have observed in them as they are very dedicated students.”

Hemchandra said that his acquaintances helped Pallavi’s mother used to work as a maid to support her family but was rendered jobless due to the pandemic. Now a private hostel owner has agreed to employ her as a maid in his hostel as a result of which she is able to earn Rs 10,000 monthly, but Rakshita’s mother could not get a job till now despite his best efforts.

“I am trying to find a job for her as well,” he said humbly and added that his friends on WhatsApp are also trying their best to help these children.

“We formed a WhatsApp group basically to share our experiences and make it a point to meet once in a year to go on a road trip on our Bullet bikes. During our ride we usually identify a school in a remote village, where we help the school to repair and renovate by pooling in our own resources. Annually all 40 of us pool in nearly Rs 6 to 8 lakh to repair school buildings or equip these schools with solar power, or any other work which a school needs. Be it benches or computers or lab equipment, we do it for our own satisfaction not for publicity,” he said.