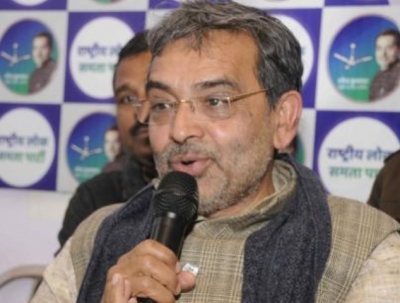 Patna: After joining the Janata Dal (United), Upendra Kushwaha, the party’s Parliamentary Board President, has admitted for the first time that officialdom is predominant in Bihar.

Kushwaha is on a tour of Bihar and returned on Friday after completing the first phase.

“I admit that anger spread among the people of Bihar due to officialdom. But at the same time they have faith in Nitish Kumar who is our popular leader both within the party as well as for the common man of Bihar,” said Kushwaha, who is also a former Rashtriya Lok Samata Party (RLSP) leader.

“During my visit to four state districts during the first phase, common man and party workers have complained about officialdom in their respective areas. The police and civil administration did not listen to their grievances,” he added.

Kushwaha pointed out that the party has an organizational structure at the village panchayat level, block level, district level and state level but there is lack of enthusiasm within the party workers and officials.

“One of the reasons for lack of enthusiasm is Covid-19. Besides, there are some other reasons as well,” he said, without elaborating.

The leaders at the village panchayat level are doing good work for the party and are entitled to be rewarded by the top leadership of the party, he said.

“I have completed the tour of four state districts and leaders of those districts are giving full support to us. The leaders at the panchayat to the district level are not pleased with the attitude and working style of government officials. We will discuss this with our top leadership and develop a mechanism to address the grievances of leaders and party workers,” he added.

Asked whether he would join the JD(U) meeting scheduled on July 18, Kushwaha said he has pre-scheduled a tour of Aurangabad. Therefore, he will not be present in this meeting.