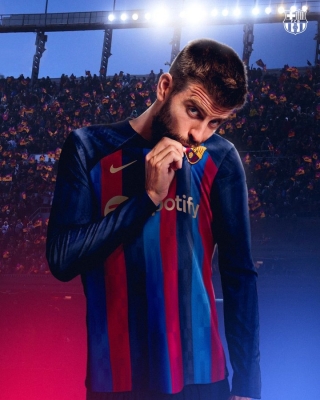 Pique said through social media that “this Saturday will be my last game at Camp Nou.”

“It is the moment to end this stage of my life. I always said that after Barcelona there will be no other club, and that is the way it is going to be,” said Pique.

Pique will feature for the last time at Camp Nou against Almeria on Saturday, reports Xinhua.

As a former Spain international, he helped his country win the 2010 World Cup and 2012 European Championship.