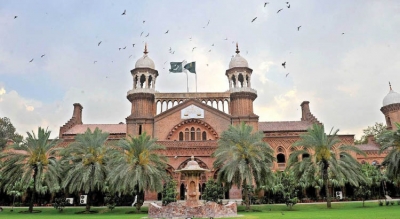 Lahore: The Lahore High Court on Wednesday accepted for hearing a petition calling for PTI Chairman Imran Khan to be removed as the party chief after his disqualification in the Toshakhana reference, according to a media report.

The Election Commission of Pakistan (ECP) had disqualified Khan in the Toshakhana reference on October 21 under Article 63(1)(p). Subsequently, on October 24, the ECP had de-notified him as MNA from NA-95 with “immediate effect”.

The petition submitted by Advocate Mohammad Afaq mentioned Imran, the ECP, the federation and government of Pakistan and others as respondents.

It argued that according to the Representation of the People Act 1976 and Political Parties Order (PPO) 2002, it was a legal and constitutional requirement for party office-bearers to be qualified in accordance with Articles 62 and 63 of the Constitution, Dawn reported.

The petition said that after Khan’s disqualification from the NA-95 constituency it was “just” for him to be denotified as the PTI Chairman and an order should be issued to this effect.

It added that Khan did not have the right to continue holding the party chief office as it was a violation of the PPO. The petition also demanded that the ECP chairman should give orders for a new PTI chairman to be appointed.

In October, the ECP had disqualified Imran in the Toshakhana reference, ruling that the former premier had made “false statements and incorrect declarations” regarding the gifts he had received.

The Tosha�khana is a department under the administrative control of the Cabinet Division and stores precious gifts given to rulers, parliamentarians, bureaucrats, and officials by heads of other governments and states and foreign dignitaries.

According to Toshakhana rules, gifts/presents and other such materials received by persons to whom these rules apply shall be reported to the Cabinet Division, Dawn reported.