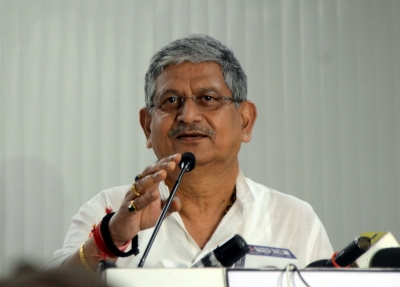 “During the run-up to the 2014 Lok Sabha election, Narendra Modi was roaming across the country and projecting himself as an EBC. I want to tell you that there are no EBCs in Gujarat. When he became the Chief Minister of Gujarat, he brought his caste in EBCs. How could he become an EBC? He is a duplicate person,” he said while addressing his party members here.

“PM Narendra Modi’s EBC image was exposed now. How many EBC MPs are ministers in his cabinet despite BJP having 17 MPs from Bihar. JD-U has 16 MPs in Lok Sabha and 5 of them are EBCs. This is the working style of Nitish Kumar. I was the leader of my party in the parliament and I requested the Prime Minister to meet us on the issue of caste-based census, he asked us to meet the Home Minister. When we went there, he turned us down.

Terming the BJP two-faced, he accused the Prime Minister of spreading lies as he came during the election to seek people’s votes. “They (the BJP) always make tall claims but do not talk on the real issues like inflation and unemployment and divert attention on other issues,” he said.

“In the run up to Lok Sabha election 2014, Narendra Modi said from historic Gandhi Maidan in Patna that he would not come before the people of Bihar if he failed to fulfill the promises he made. I want to ask him what happened to those promises. Rs 15 lakh on each of the citizens of the country, 2 crore jobs every year. That is the reason why I called him an impersonator,” Lalan Singh said.