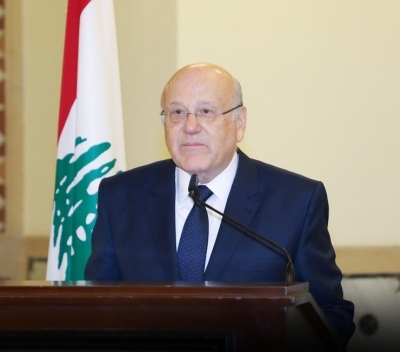 Beirut: Lebanese Prime Minister Najib Mikati has called on Arab countries to “join together to save Lebanon,” which is going through an “exceptionally difficult situation”.

“Lebanon is still counting on the help of all Arab brothers. Therefore, let the Arab hands join together to save my country, Lebanon,” Mikati said on Wednesday during the Arab League Summit in Algiers, according to a statement by Lebanon’s Council of Ministers.

Lebanon suffers economically, socially, and environmentally and fights epidemics with the least resources, he warned as quoted by Xinhua news agency reported.

“Our infrastructure has become weak, our resources are scarce, and we suffer from unprecedented inflation. Yet, despite all of this, we received this big Arab population, but we have turned into a weak body that needs strengthening instead of being ignored,” the Lebanese Prime Minister said, referring to the growing population of foreign Arabs, including refugees in the country.

Mikati also affirmed “Lebanon’s commitment to all the decisions of the Arab League and its support for this institution to play its role in these historical circumstances”.