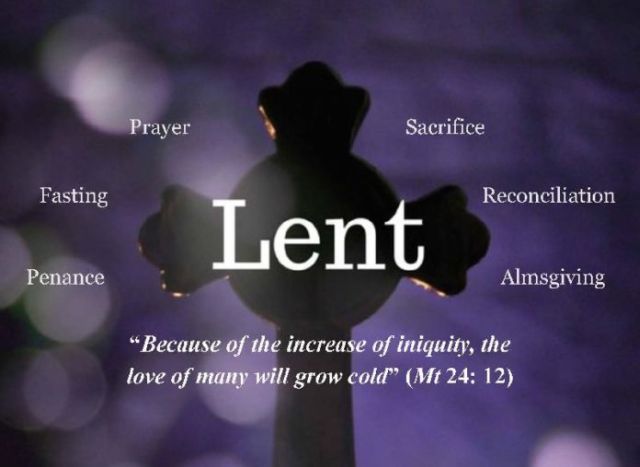 Mangaluru: A period of 40 days before Easter, is observed as Lent. Lent is a season of preparation and remembrance before the celebrations of Easter. The 40 days of Lent began on February 17 and will end on April 3. Lent is a replication of Jesus Christ’s sacrifice and departure into the desert for 40 days. Lent is practised by fasting and bounds on festivities. Whereas Easter celebrates the resurrection of Jesus Christ after his death on the cross, Lent recalls the unfortunate events leading up to it.

Lent days are used as a time for forgiveness and prayers by the Christian churches. Only a small number of people today fast for all the 40 days, majorly practised on Ash Wednesday and Good Friday. Nowadays people make sacrifices in the form of quitting smoking or any bad habits as a reflection of Christ’s deprivation in the wasteland and a test of self-control. Why the period of 40 days? Lent is an old English word meaning lengthened. Lent is marked in spring when the days are longer. The number 40 has a crucial significance in Jewish-Christian scripture. In origin, the flood which destroyed the earth was 40 days long. The Hebrews spent 40 years in the desert before reaching the land promised to them by the Divine. Moses received the ten commandments on Mount Sinai after fasting for 40 days. In preparation for his ministry, Jesus spent 40 days fasting in the wilderness.

Lent for the year 2021 started on Wednesday, February 17th and ends on Thursday, April 1 with evening mass on Holy Thursday. Lent is a Christian annual period that starts on Ash Wednesday lasting for 40 days (not Including Sundays) representing the 40 days Jesus spent fasting in the wilderness. This 40 day period for Christians is a time to reflect, fast, and give penance in preparation for the resurrection of Christ Easter Sunday.

Lent for Christians starts on Ash Wednesday and ends on either the evening of Maundy Thursday or on sundown of Holy Saturday (day before Easter Sunday). However the practices of Lent do not end until sundown on Holy Saturday for all Christian denominations. So it is 44 days from Ash Wednesday to Maundy Thursday and another two days with Good Friday and Holy Saturday added to give a total of 46 days for Lent. But Sundays are excluded from fasting during Lent and with 6 Sundays removed from the count we get lent being a 40 day liturgical period.

‘BURNT Ash’ of Wednesday Signifies ‘DEATH’ – Whereas *BURNING Wax’ of the Paschal Candle Signifies ‘LIFE’. LENT: a Two-fold Journey- A Journey OF the Lord to ‘MEDITATE’- A Journey FOR the Lord to ‘DEDICATE’. Journey of the Lord is the Journey ‘He Did for Us’ . Journey FOR the Lord is the Journey ‘We Do for Him’. His was a Journey from ‘Cross to the Tomb’ – Ours is from ‘Sinfulness to Holiness’. His Journey was of ‘Passion & Death,’ – Ours is of ‘Prayer & Penance’. His Journey was for ‘Salvation,’ – Ours is for ‘Transformation’.

Click Here : The FIRST ‘Way of the Cross’ of the LENT 2021 held at Fatima Retreat House 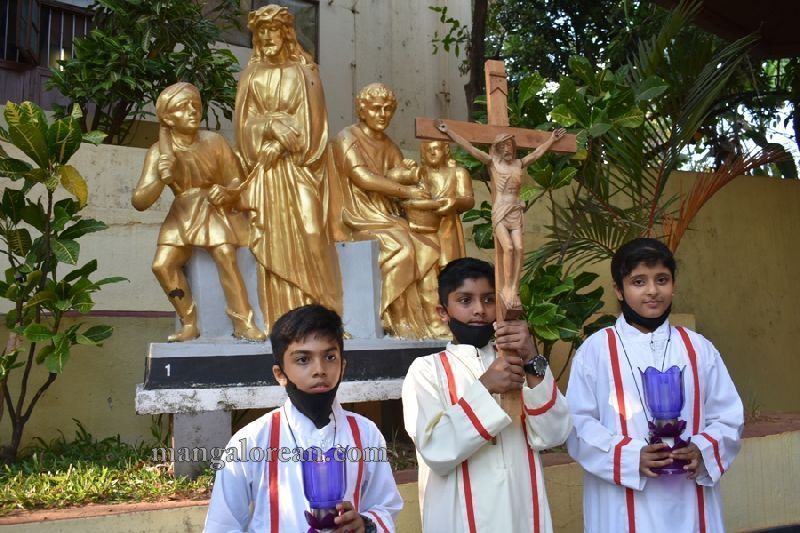 The Lord Always Walks with us on ‘Our Journey’, it’s Our turn to Walk With Him on ‘His Journey.’ Let the LENT be Not a LENT that just came & WENT, but a LENT Well SPENT. The First 15 days of Lent was published under this article –

The heart is more devious than any other thing, perverse too: Who can pierce its secrets? I, the Lord, search to the heart, I probe the loins, to give each man what his conduct and his actions deserve.

Finally he sent his son to them. “They will respect my son‟ he said. But when the tenants saw the son, they said to each other, “This is the heir. Come on, let us kill him and take over his inheritance”. So they seized him and threw him out of the vineyard and killed him.

What god can compare with you: Taking fault away, pardoning crime, not cherishing anger for ever but delighting in showing mercy? Once more have pity on us, tread down our faults, to the bottom of the sea throw all our sins. 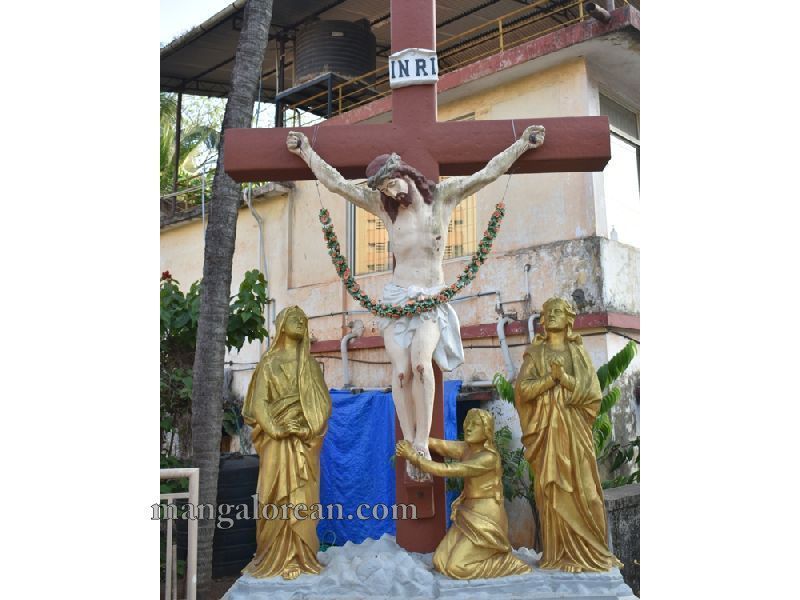 And the Lord said, “I have seen the miserable state of my people in Egypt. I have heard their appeal to be free of their slave-drivers. Yes, I am well aware of their suffering. I mean to deliver them from the hands of the Egyptians and bring them up out of that land.”

But the angel said to her, “Mary, do not be afraid; you have won God‟s favor. Listen! You are to conceive and bear a son, and you must name him Jesus”. ‟I am the handmaid of the Lord‟ said Mary *”let what you have said be done to me.‟*

Azariah stood in the heart of the fire and he began to pray: May it be your will that we follow you wholeheartedly, since those who put their trust in you will not be disappointed. And now we put our whole heart into following you, into fearing you and seeking your face once more.

Moses said to the people: “Now, Israel, take notice of the laws and customs that I teach you today, and observe them, that you may have life and may enter and take possession of the land that the Lord the God of your fathers is giving you.‟ 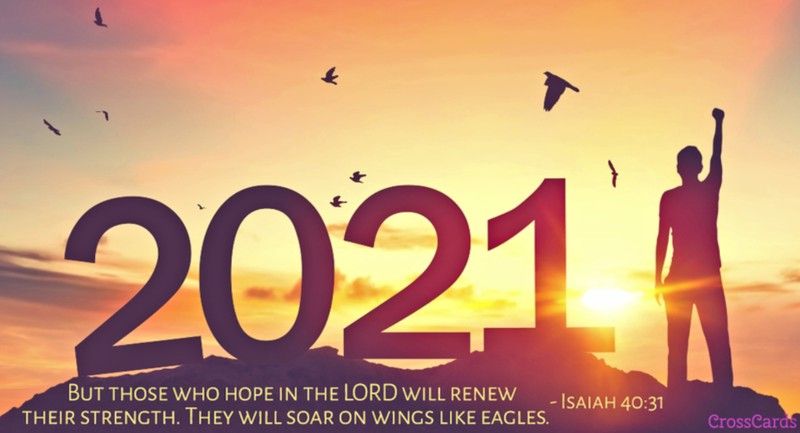 So long as a strong man fully armed guards his own palace, his goods are undisturbed; but when someone stronger than he is attacks and defeats him, the stronger man takes away all the weapons he relied on and shares out his spoil. “He who is not with me is against me; and he who does not gather with me scatters.‟

The tax collector stood some distance away, not daring even to raise his eyes to heaven; but he beat his breast and said, “God, be merciful to me a sinner.” This man, I tell you, went home again at rights with God; the other did not. For everyone who exalts himself will be humbled, but the man who humbles himself will be exalted.‟

For anyone who is in Christ, there is a new creation; the old creation has gone and now the new one is here. It is all God’s work. It was God who reconciled us to himself through Christ and gave us the work of handing on this reconciliation.

Thus says the Lord: Now I create new heavens and a new earth and the past will not be remembered, and will come no more to men’s minds. Be glad and rejoice forever and ever for what I am creating, because I now create Jerusalem “Joy‟ and her people “Gladness”. 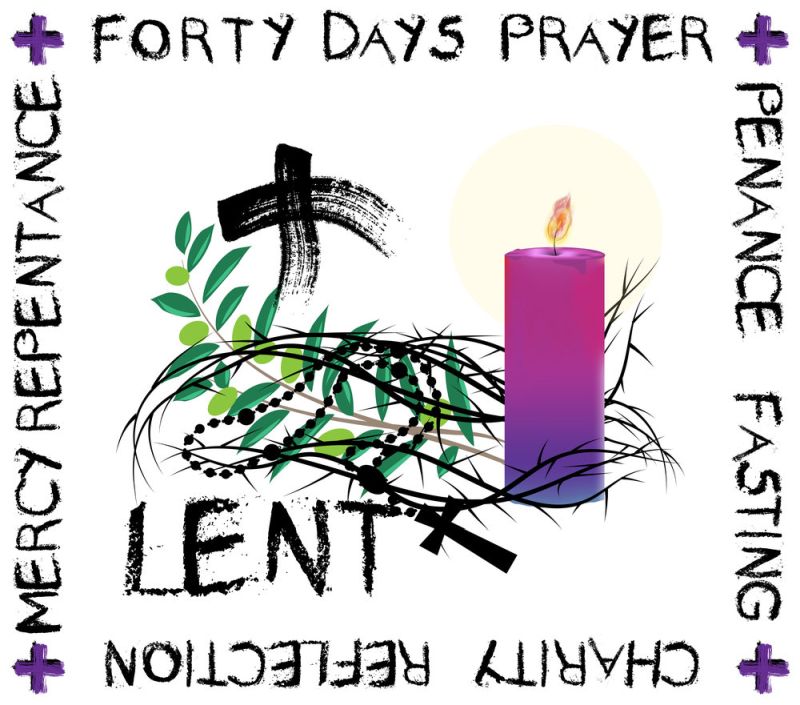 Jesus saw him lying there and knew he had been in this condition for a long time, he said, “Do you want to be well again?” “Sir,‟ replied the sick man “I have no one to put me into the pool when the water is disturbed; and while I am still on the way, someone else gets there before me”. Jesus said, “Get up, pick up your sleeping-mat and walk”. The man was cured at once and he picked up his mat and walked away.

For Zion was saying, “The Lord has abandoned me, the Lord has forgotten me”. *Does a woman forget her baby at the breast, or fail to cherish the son of her womb? Yet even if these forget, I will never forget you.*

The Lord spoke to Moses, “Go down now, because your people whom you brought out of Egypt has apostatized. They have been quick to leave the way I marked out for them; they have made themselves a calf of molten metal and have worshiped it and offered it sacrifice”.

Then, as Jesus taught in the Temple, he cried out: “Yes, you know me and you know where I came from. Yet I have not come of myself: no, there is one who sent me and I really come from him, and you do not know him, but I know him because I have come from him and it was he who sent me.‟

But you, the Lord of Hosts, who pronounce a just sentence, who probe the loins and heart, let me see the vengeance you will take on them, for I have committed my cause to you.

I am far from thinking that I have already won. All I can say is that I forget the past and I strain ahead for what is still to come; I am racing for the finish, for the prize to which God calls us upwards to receive in Christ Jesus.

Jesus said to the Pharisees: “I am the light of the world; anyone who follows me will not be walking in the dark; he will have the light of life.‟

Lion Ronald Gomes is a member of one of the senior Lions Clubs of our Dist. 317-D Lions Club Mangaladevi- Mangaluru for over 25 years. Having worked in ARAMCO, Saudi Arabia since 1981, he returned to India in 1994 and started his own business “Sunray Solar Systems” dealing with Solar Roof-Top Power & Water Heaters. In 1994 he joined Lions Club Bantwal and since 1996, he is a member of Lions Club Mangaladevi- Mangaluru. Last year he was the District Governor of our Dist.317 D. He was the Parade participant at the 88th & 98th Lions International Convention in Hong Kong & Honolulu-Hawaii, USA. 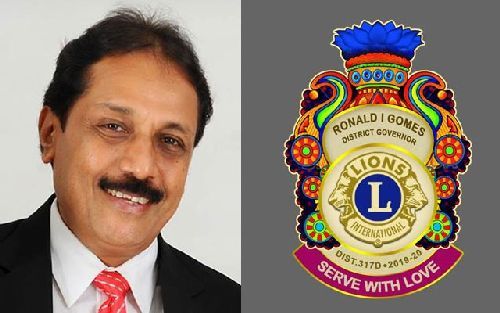 He has quite a few awards to his credit- He has been awarded many Lions awards like Int’l President Appreciation Certificate for producing “Aids Awareness” Documentary Film, Best Talented Editor, Diamond Supreme Excellence Award and Most Dependable Lion – to mention a few. He has acted in two films. He was Past President of “RACHANA – Catholic Chamber of Commerce & Industry”, Member of the Board of Studies in Economics at St. Agnes College, Mangaluru, Member of the Board of Studies of Post Graduate Diploma in Business Management at St. Aloysius College, Mangaluru, and for over 6 years, he was a member of Engineering & Graduate Colleges Campus selection team of world renowned Software Company – Infosys. Married to Anita Gomes, who is a Bank Manager, he is blessed with two daughters – elder is Computer Science Engineer who is an alumnae of SJEC & younger is pursuing Masters in Architect in Australia.